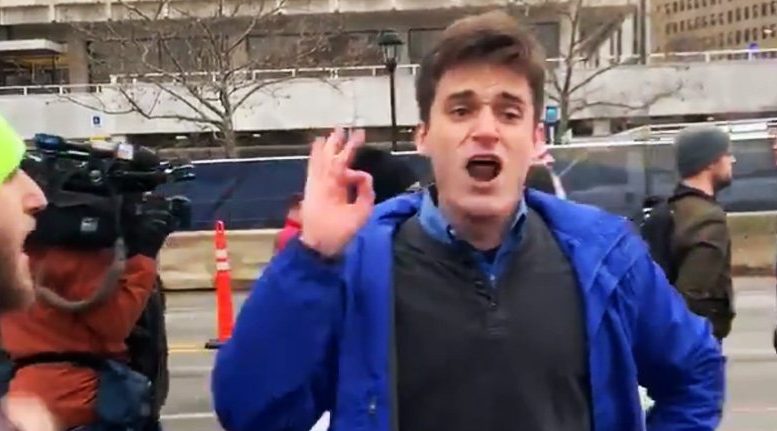 Richard Spencer deputy Greg Conte being run out of an anti-war rally in Pittsburgh.

We’ve received notes of solidarity in languages from people all over the world. Indeed, white nationalists, who opposed the invasion of Iran, are attempting to co-opt the anti-war movement; labeling it as a zionist project of secret Jewish elite.

Pittsburgh City Paper’s Ryan Deto followed up on Payday’s work identifying Conte and speculating about what his presence in Pittsburgh may mean for white nationalists. (You can read more here).

We’ve created a deep conversation here in Western Pennsylvania about the rise of neo-nazis here locally.

Donate to help us keep doing the work that no one else does.

Be the first to comment on "Over 1.3 Million View Payday’s Video of Yinzers Running Nazis Out of Pittsburgh"