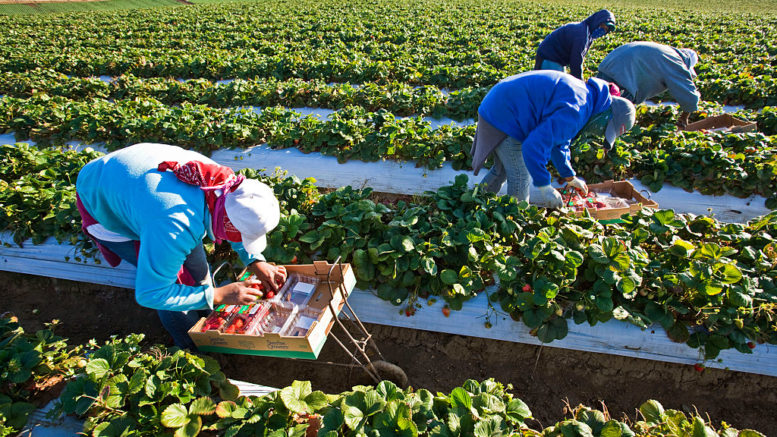 Greetings from the Burgh, where it’s been a wonderful day full of positive and supportive messages, and phone calls from friends and readers after filing a whistleblower retaliation suit against the NewsGuild yesterday. It means so much – thank you!

(Check out Poynter’s latest on the lawsuit including denials from NewsGuild leadership, and read the full 20-page legal complaint to see why their denials are completely false.)

As record heat unexpectedly hit the Northwest this week, a Guatemalan farmworker, who had been in the U.S. for only a few months, died of heat exhaustion, according to The Oregonian. (More details about the farmworker were not released).

The death sent shockwaves through the immigrants’ rights community in Oregon and comes as advocates are struggling to push Oregon Governor Kate Brown to implement a state-level OSHA standard that would force employers to provide basic safeguards about working in extreme heat.

“It’s shameful that it happened as calls for emergency action from PCUN and our partners were met with significant resistance by our state agency,” said Reyna Lopez, Executive  Director of Pineros Y Campesinos Unidos del Noroeste (PCUN) in a statement. “This happened on the watch of these employers as well, our message to them is do better.”

As temperatures reached 109 degrees in Sacramento yesterday, Jack in the Box workers, with the support of NorCal Fight for $15, went on strike over shoddy air conditioning.

“Management refuses to pay for the parts they need to make sure the A/C doesn’t keep breaking,” said worker Maria Chavez in a statement released by the union. “Instead one manager blamed menopause! It’s NOT menopause – the A/C needs to be fixed!”

Check out a video of workers striking posted online by NorCal Fight for $15.

In Elizabeth City, North Carolina, public employees went on strike Tuesday after the City Council declined to pass an ordinance that would have raised pay for city employees.

“We want to be treated fairly,” Daryl Staton told WAVY. “We’ve been going through this for a long time.”

Employees in any business need to feel like their bosses are looking after them and helping as much as possible, so when issues like this arise, the need for something like an employment discrimination lawyer California firm, or something in the same line, can be important and something that employees need to be aware of so they can fight their corner.

For more, check out WAVY.

All across the nation this summer, we are seeing mass walk-offs at retail establishments. We’re seeing walkouts nearly every day as the wildcat strike movement grows.

With your donations, we can continue covering this “retail workers rebellion.”

Donate today or help us create a sustainable funding base for our groundbreaking labor reporting and sign up to be one of our 600 recurring donors.

This weekend, Voodoo Doughnut workers went on strike to protest being forced to work in the oppressive heat.

However, their union, IWW, says that three workers have been fired since Saturday for participating in the strike.

“We expect more to be fired in the days to come,” union spokesperson Mark Medina told Willamette Week.

For more, check out Willamette Week.

Donate today so we can cover the stories of workers still struggling to pull out from the grip of the pandemic.

If you can, sign up as one of our 600 recurring donors and help build our sustainable funding base.

Be the first to comment on "Oregon Farmworker Dies in 104-Degree Heat – Elizabeth, NC Public Employees Strike – Sacramento Jack in the Box Workers Walk Out Over No A/C"