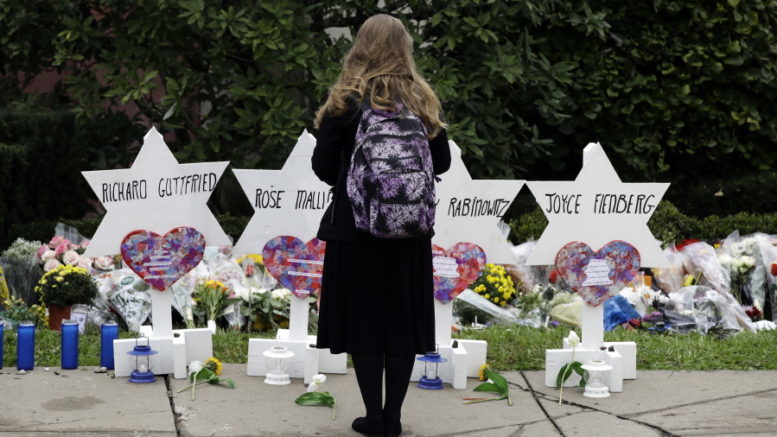 PITTSBURGH, PA – Every year, I find myself struggling to say something on the anniversary of the Tree of Life Massacre where eleven Jews were murdered for their support of immigrants’ rights.

On a cool misty morning like today’s, I’m reminded of the mist I felt that foggy morning as a reporter waiting outside of Tree of Life as we received updates from police that the death toll was gradually rising to eleven.

As a Jewish yinzer in junior high, I used to catch the bus to go to summer day camp for creative writing and arts across the street from the synagogue at Chatham College. But as a reporter for The Guardian in my early 30s, I watched as SWAT teams retook the synagogue. I had covered the drug war in Brasil, but nothing prepared me for the trauma of witnessing the anti-semitic violence war zone engulfing a place that held such fond childhood memories.

Our neighbors, people with whom my life was connected, were murdered in their temples on Sabbath because of their Jewish tradition of welcoming immigrants into the Burgh.

Then, hours after the massacre, I found myself filled with joy as I covered 5,000 people taking the streets to show their support for immigrant rights. In those moments, when people packed the streets of Squirrel Hill, I felt so much pride to be from Pittsburgh as people carried signs saying “Stronger Than Hate” and I heard chants of “Safety through Soldarity” in the air.

Then, as the years and months passed, I watched as many forgot the dedication we felt for immigrants’ rights and racial justice in the day following the massacre.

I’ve written and said a lot about the unlearned lessons of the Tree of Life Synagogue massacre, but every year, it’s still too raw, and on a morning like today’s, it brings the pain of that morning right back.

Today is a moment to stop, remember the martyrs, and hope that we never let ourselves forget what so many of us felt when we heard about the Tree of Life Synagogue massacre.

Last year, I worked with CNN’s United Shades of America, featuring W. Kamau Bell and Summer Lee, to film a documentary on what happened after the Tree of Life Massacre in Pittsburgh’s fight for immigrant and racial justice. I hope everyone takes a few minutes today to watch our Emmy-nominated documentary and think about how we honor the memory of those who died three years ago today in the massacre.

In the days, months, and years ahead, we will face many challenges. For me, the memories of the martyrs inspire me to keep pushing even harder for immigrants’ rights.

May the memories of the martyrs of Tree of Life always be a blessing in the fight ahead for justice.