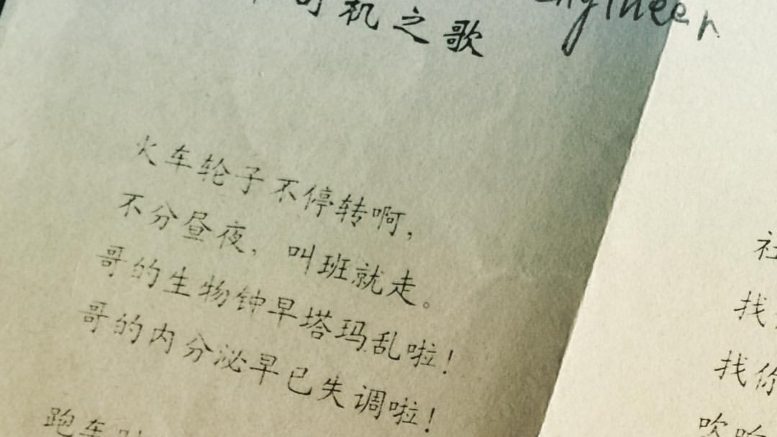 When JP Wright is not wearing his Folk Labor Desk hat, he is a Locomotive Engineer, driving trains from Louisville, Kentucky to Nashville, Tennessee. This song details the stress of working a job that takes a person away from home for 70 hours a week.

Freight railroad workers work on call, around the clock, many with no predictable work schedules. Transportation workers in the railroad industry historically have some of the harshest working conditions known to exist in the transportation industry. This song details the difficulties of trying to maintain a family as an absent husband and father.

The poem after the song is a translation of a Chinese work song that details the working conditions of contemporary Chinese railroad workers. The song has been circulating anonymously on railroad forums in China since 2011. JP collected this tune from a face-to-face meeting with a Chinese railroad worker at a Railroad Workers United convention in Chicago earlier in 2016.

JP Pens a Song about the Freight Train Collision in Texas