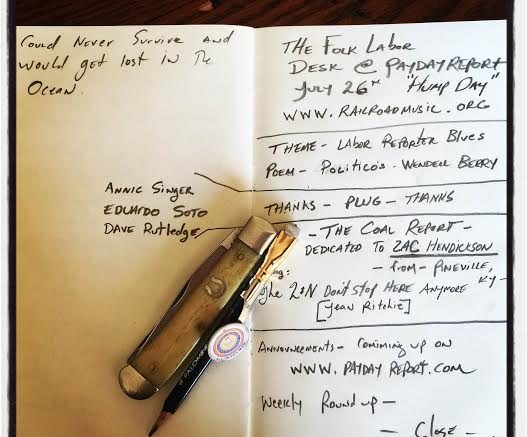 In this hump day edition of the Folk Labor Desk, JP continues a discussion he started in last week’s Lunch Pail about the relationship between blues and bluegrass music, accompanied by guitar and mandolin. He also talks about the unionizing efforts at Law360, where over 80 percent of the workers are supporting the #law360union. This episode features a section called “The Coal Report” dedicated to one of JP’s friends, Zac Hendrickson, who is employed in the deep dark hills of Eastern Kentucky, in Pineville. JP then rides out on his mule playing the mandolin.

(For audio only, check it out on Soundcloud.)