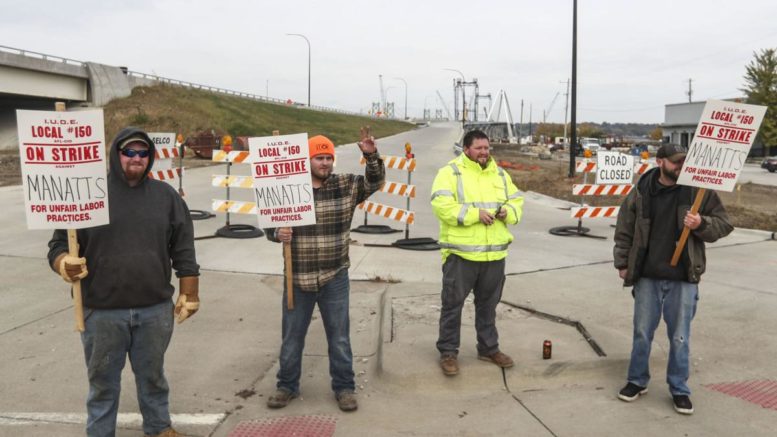 Greetings from the Burgh, where over 500 workers at the Carnegie Museum in Pittsburgh just opted to unionize and called on the National Labor Relations Board to schedule a formal election.

Carnegie Museum Union Drive Mobilized As a Result of COVID

For years, steel titan Andrew Carnegie fought unions with his company famously killing seven strikers at the 1892 Homestead Strike. He then continued busting the steelworkers union in the Monongahela Valley of Pittsburgh for another 25 years.

“Our movement began with concerns about transparency and limited career opportunities, but it now has even greater urgency as it’s expanded to address furloughs, pay cuts, and safety issues resulting from the COVID-19 pandemic,” said Katie Pirilla, an art handler at the Carnegie Museum of Art said in a statement. “Workers continued organizing throughout the pandemic and found renewed strength in our fight for a safe museum for employees and the public alike.”

For more, go to the Pittsburgh City Paper

63 Readers Filled Out Our Reader Survey

Thanks to the 63 readers who filled out our survey, providing us with valuable insight into how Payday Report can improve.

These survey results give us crucial details when we apply for grants as we can demonstrate how our readership has engaged with our reporting. If you haven’t already, please take the next 3 minutes to complete the survey and tell us what you think.

In the Quad Cities of Iowa, work on a highly anticipated bridge was expected to open over the Mississippi River by the end of the year, but it’s been halted because of a construction workers strike.

“The strike is for unfair labor practices … discriminating against employees and refusing to bargain in good faith,” Operating Engineer Local 150 Communication Director told the Quad-City Times.

For more, go to the Quad-City Times.

Across the US, there is a growing movement of teachers striking over unsafe conditions. In Baltimore now, teachers are preparing to strike.

My friend, veteran movement reporter, Jaisal Noor has the story for the Real News Network, which is based in Baltimore:

Baltimore Teachers Union President Diamonté Brown, who defeated a longtime incumbent president in 2019, and has vowed to fight “a culture of fear and retaliation” at City Schools, said teachers around the city have reported unsafe working conditions like the ones at the John Ruhrah SLC to the union.

Patterson High School, which is among the 25 schools to be reopened in November, is “One of our most poorly ventilated schools,” Brown says, making it a potentially unsafe learning environment. Patterson often closes during extreme weather conditions. Brown also said staff there have only received half the masks the district has promised.

“She’s urging parents to choose to keep their children at home and opt out of “the unsafe conditions we’re telling you about,” Brown said. “We sit endless hours, helping your children, and the community, every day, all day.”

For more, go to the Real News Network.

Today, teachers in Philadelphia may be authorizing a strike vote — the first in nearly a decade. Teachers are seeking a 2.5% raise and another one-year contract extension after the previous contract expired on August 31. They have also voiced safety concerns with the district’s plans for in-person teaching this November. From WHYY:

“People are very, very, very frustrated because of the slow pace of the way in which this process has worked,” [Philadelphia Federation of Teachers President] Jerry Jordan said. “They feel disrespected, they don’t feel valued as employees of the school district, and they want me to do something.”

School District of Philadelphia spokesperson Monica Lewis said Monday that the district’s leadership is in “constant communication” with union officials.

“We are hopeful that we can come to a resolution that will allow us to continue educating our students,” Lewis said.

The strike would impact nearly 13,000 teachers, librarians, and other public school workers.

For more, head to WHYY.

In Philadelphia, Black police and firefighter union members continue to protest the decision of their unions to endorse Trump.

Now, Sheriff of Philadelphia County Rochelle Bilal, who was elected in 2019 and is also Black, is calling on Black police and firefighters to stop paying their union dues until their unions rescind their endorsements of Trump.

For more, the Associated Press goes in-depth on how these issues are playing out nationally.

Finally, Bryce Covert at The Appeal reports on evictions happening across the country during the pandemic and the organizing groups who have made headway in stopping them. Covert writes:

Eviction defense serves a number of purposes. At the most basic level, it’s meant to keep people in their homes. But it also spotlights an event that typically happens behind closed doors and can be shrouded in shame. It attracts not just attention from the public and the media, but hopefully from lawmakers and other officials. And that can lead to the larger goal, which is to galvanize support for policy goals like a broad eviction moratorium and the cancellation of rent.

“It’s a direct action related to keeping someone in their home,” explained Tara Raghuveer, the founding director of the Kansas City, Missouri, housing advocacy group KC Tenants, but it also “helps to bring us closer to a world in which we could maybe win some of our demands.”

For the full story, head to The Appeal.

Don’t forget to fill out our Payday Report reader survey.

63 readers have already filled it out and their feedback has already proved invaluable.

Don’t forget to donate as well so we can continue providing you with exciting movement coverage. The best way to support us is to sign up as a recurring donor today — even $5 a month helps. Thank you.