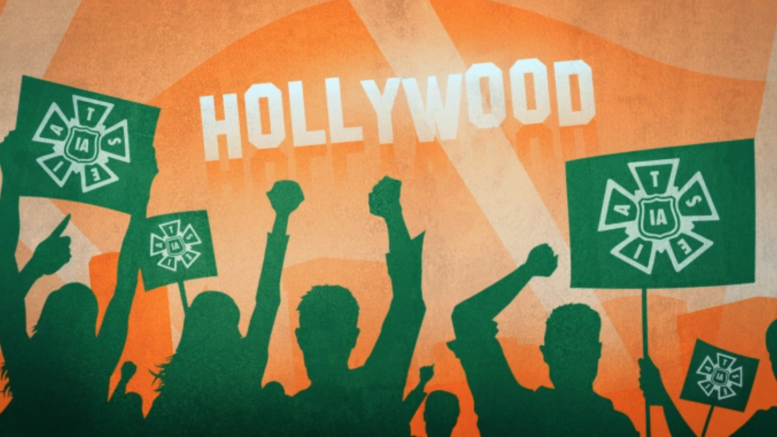 LOS ANGELES, CALIFORNIA – With IATSE facing intense backlash from its film production members over its proposed deal, the union has kicked into overdrive to sell the tentative agreement through town halls, social media posts, and one-on-one meetings.

But instead of allowing their members to vote on ratification of the contract within a week, the union has taken the unusual move to delay a full vote on the ratification of the “basic agreement” — which covers most LA-based film workers — until a companion “area agreement” for non-Hollywood-based workers is agreed upon by union leadership and the studios.

The union expects the process to last at least a month or two, but during that period they hope to sell the contract to its skeptical members.

After the tentative agreement was reached earlier this week, outlets like Variety and social media accounts, like the influential @IA_stories on Instagram with over 160,000 followers, blasted the contract for its lack of overtime protections. As it stands, the deal still does not prohibit the film production studios from forcing workers to work 14 to 16 hour shifts.

Yesterday, the union’s leadership on Facebook warned its members against blasting the contract in an attempt to tamper down dissent against it.

“To accept or reject a contract before it has even been written is a disservice to our sisters, brothers, & kin waiting for the details to make an educated decision,’ wrote IATSE on its Facebook page. “We encourage members to attend their Local’s town halls, ask questions, and engage in the democratic process.”

Members were quick to chime in on Facebook to mock IATSE’s leadership, who had claimed the tentative agreement was a “Hollywood ending” in a widely forwarded press release.

“I would argue that stating that, ‘This is a Hollywood ending’ is a disservice to the members who have yet to accept or reject a contract before it has even been written,” wrote IATSE member Ivan Herrara, who planned to vote no, on the union’s Facebook page.

Other members opened up with similar sentiments and criticized the union on its Facebook page.

‘The fact that we came together across all of IATSE to finally tell our leaders and the studios that these hours and wages are killing us, and you instead asked for the same deal you requested in 2018, shows that our voices were not heard at all. That’s why you’re now facing backlash,” wrote IATSE member Thomas Horton on IATSE’s Facebook page.

In response, the union has scheduled a series of town halls in the hopes of getting union members behind the contract. They have scheduled town halls on Zoom over the next two weeks and have set up individual meetings with shop stewards to get them on board with the proposed tentative agreement. In addition, the union has begun a social media campaign touting the contract.

In IATSE’s marketing of the deal, the union’s leadership has focused heavily on the fact that the contract will set a minimum wage at $26 an hour for many of the jobs that are among the lowest paid in the union. In addition, the union has highlighted the pledge from the studios to pump $370 million to aid the union’s health and pension fund.

However, while IATSE has scheduled town halls to pitch the benefits of the deal, the union’s leadership says they won’t release the details of the contract until early next week.

The flurry of meetings and social media posts has left many members feeling bewildered.

“I attended my local’s town hall, but so many questions still went unanswered due to time. Hoping for another town hall,” wrote Ian Wellman on the union’s Facebook page. “Even after listening to their pitch, I am still not convinced this is the right deal for us right now. It’s a no from me.”

While it is unclear if the proposed IATSE contract will pass ratification, what is clear is that IATSE’s leadership is fighting hard to get their membership to approve of the contract.

Donate to Help Us Cover the Fight at IATSE