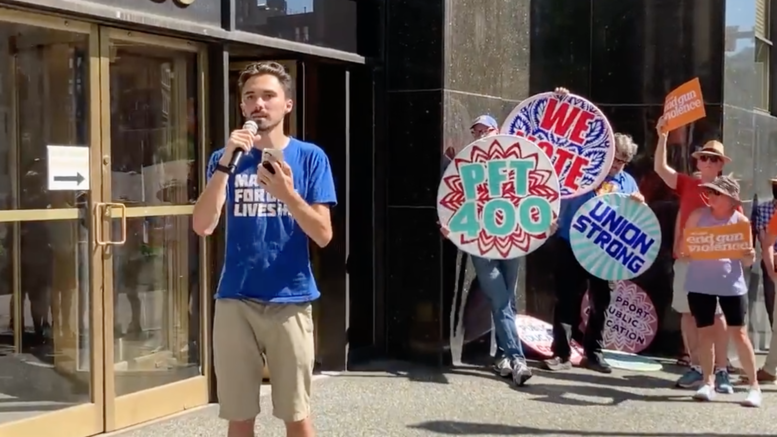 For years, the while male-dominated leadership of organized labor unions has been loath to take on the issue of gun control. However, things are starting to change. As mass shootings target union members employed in schools, grocery stores, and public transit, some unions are fighting back and starting to change the conversation around gun control in the US.

Much like the Black Lives Matter protests, which inspired over 500 walkouts in the month following the death of George Floyd, Payday Report believes that growing momentum among students and teachers for gun control could lead to even more protests.

Last week, Payday reported that groups responding to an online call for action walked out at over 200 schools across the US, according to Everytown for Gun Safety.

Earlier this year, Payday covered how teachers in both Erie and DC went on strike over the need to curb gun violence. Unions like the American Federation of Teachers are working to mobilize protests against guns nationwide, and more unions are expected to join them. Today, the Pittsburgh Federation of Teachers marched for gun control with Parkland survivor David Hoggs.

“Gun violence is cancer, and it’s one that none of us should tolerate for one single moment longer,” said AFT President Randi Weingarten, whose union has lost many members to gun violence. “We have made a choice to let this continue, and we can make a choice to finally do something—do anything—to put a stop to this madness.”

The conversation about gun control is changing within the labor movement, and with your help Payday Report can be part of that change.

Our work with CNN’s W. Kamau Bell on Tree of Life Synagogue massacre and racism in Pittsburgh was also nominated for an Emmy. We believe that once again, we will be major influencers on the national conversations about gun control with the labor movement, but we need your support to do it.

Donate today to help us cover how unions are fighting back against guns. Please, if you can, sign up as one of our 691 recurring donors.

Together, we can change the conversation about guns within the labor movement.