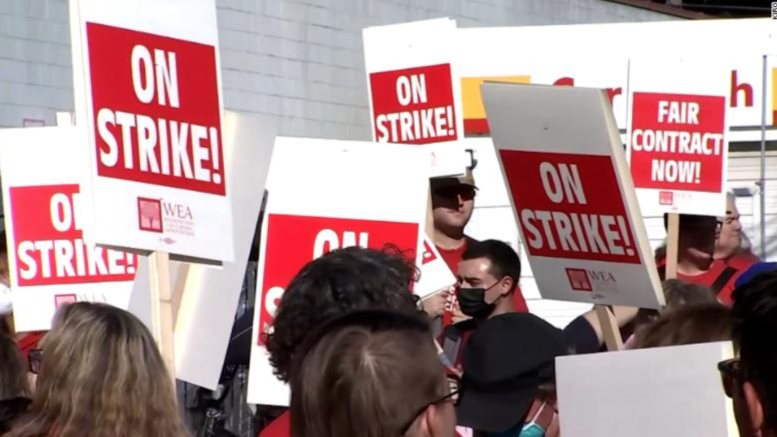 For the past month, we have seen a steady uptick in strikes. After analyzing the data from Payday Report’s Strike Tracker, we have found that strikes more than doubled in August compared to July.

In July, Payday Report’s Strike Tracker counted 50 walkouts across the country. This August, we counted 106 walkouts. And, already this September, we have seen large strikes emerging.

Fifteen-thousand nurses are striking in Minnesota, along with the nearly 7,000 teachers currently on strike in Seattle. This strike follows the nearly 5,000 teachers who struck in Columbus in late August.

As with past strike waves, when workers get high-profile attention for large strikes like these, it often inspires more people to head out to the picket line and strike.

Like previous waves, the mainstream media is once again ignoring this uptick in strikes. However, as a result of Payday Report’s Strike Tracker, we know the signs of a significant strike wave are on the horizon.

Payday has shown a consistent ability to impact the conversation about workers organizing.  Last year, The Washington Post cited our work tracking strikes in a front-page cover story. The New York Times described us as a publication with “new energy.” PBS American Portrait profiled our work tracking the strike wave, and Esquire described our work as “invaluable.”

If you can, donate to help us continue to track this upcoming strike wave.

Or, please, sign up as one of our 721 recurring donors today.