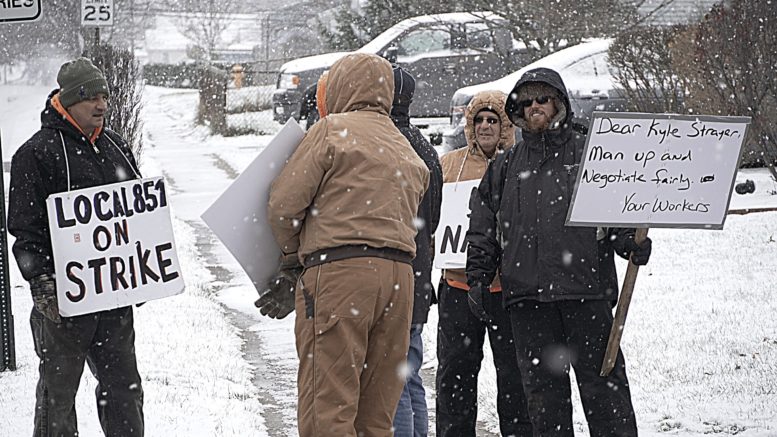 As the holiday season approaches, a series of tough strikes are still going on. Now, it’s more important than ever to pay attention to these struggles as people go through a difficult holiday season, and some families start to feel a financial hit.

At Special Metals in Huntington, West Virginia, workers are entering their second month of striking. Meanwhile, workers at the Erie Strayer industrial plant in Pennsylvania are also going into their second month. And, just last week, we saw a lockout of Major League Baseball players for the first work stoppage since 1994.

With workers still on the picket line, Payday is making travel plans to speak to the beleaguered workers this holiday season. In early December, we went up to Erie and covered ironworkers walking the picket line in tough stories as the community rallied behind them. (See our viral story “As Winter Hits, Ironworkers Escalate Key Erie Labor Fight”)

Since March of 2020, Payday Reporter’s Strike Tracker has documented more than 1,700 strikes. Our work covering these walkouts has had an enormous impact, with NPR to The Economist to The Washington Post citing our reporting.

“You could count on one hand the number of outlets, whether they’re mainstream or radical, that pushed this fact,” Riley said of our work tracking more than 1,700 strikes since the beginning of the pandemic.

But in order to travel, we need your donations. Your contributions will help pay for gas, lodging, food, and salary.

So, if you can, please donate today as the holiday season approaches. Or, sign up as one of our 641 recurring donors.