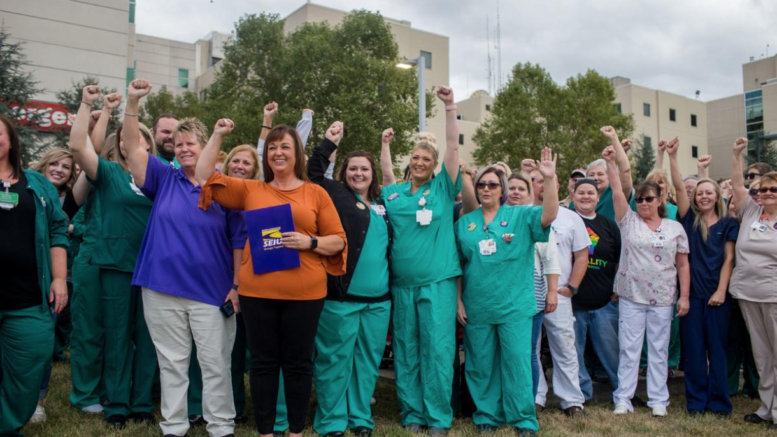 1,000 hospital workers are striking at Cabell Huntington Hospital this week.  Nearly 500 steelworkers in Huntington, West Virginia have been on strike at Special Metals already for 4 weeks in Huntington.

(Read one of our dispatches on their strikes in Huntington, West Virginia here)

With only 50,000 people living in Huntington, West Virginia, having nearly 1,500 workers out on strike is sure to have a huge impact.

As a small, crowdfunded publication, we have had a major impact, and now we want to do even more in covering these strikes in West Virginia.

Be the first to comment on "Help Us Cover Nurses & Steelworkers Striking in W.V Town"