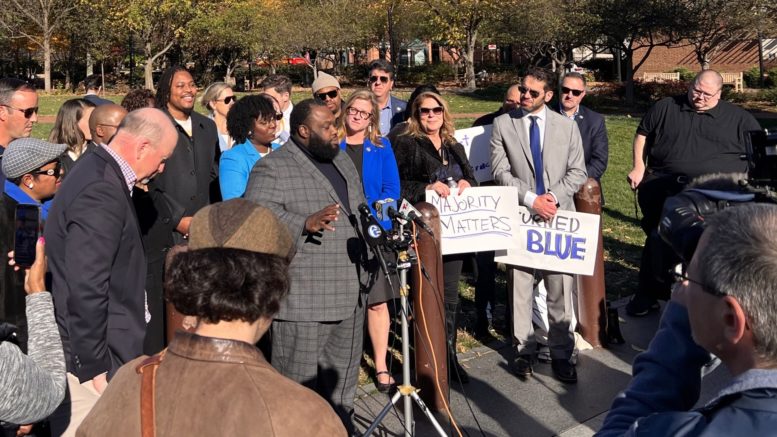 Greetings from Rio de Janeiro, where the city is mourning legendary singer Gal Costa who died at age 77 on Wednesday. In Costa’s last public post on Instagram, she posted an “L for Lula” on the day of the election.

During the dictatorship in the 1960s, the Afro-Brazilian native of Bahia became a symbol of resistance in her hippie style that celebrated counterculture and her Afro-Brazilian roots. Costa would become one of the principal musicians behind the launch of the Tropicália music movement in Brazil.

Lula mourned her death, saying on Twitter, “Gal Costa was one of the greatest singers in the world, one of our main artists to take the name and sounds of Brazil to the entire planet. Her talent, technique and daring enriched and renewed our culture, shaped and marked the lives of millions of Brazilians.”

Be sure to check out her magnetic presence and voice in this clip here.

Over the weekend, we put out a fundraising appeal to readers that said we would give a Lula T-shirt to anyone who donated over $50 to Payday Report. The response was overwhelming and encouraging given the extensive work we did in Brazil. If you are interested in getting a Lula T-shirt, don’t worry, there’s still time. Please make a one-time donation of $50 or more here or become a $25 a month or more recurring donor. Then, fill out this form with your size and address. I will mail the shirts when I get back to the U.S. in a few weeks.

Back in Pittsburgh, Democrats are celebrating winning back control of the Pennsylvania State House for the first time in 16 times. While Republicans still control the State Senate in PA, Democrats are optimistic that with Josh Shapiro elected, they can get better legislation passed.

Democrats credit their success in winning back the state house with a 2021 year decision against gerrymandering by the Pennsylvania State Supreme Court that ordered districts redrawn by an independent commission.

With Democrats taking power, Philadelphia State Representative Joanna McClinton would be slated to become the first Black Speaker of the State House in Pennsylvania history.

For more, check out CBS News.

Back in the United States, involuntary prison labor was eliminated through ballot initiatives in four states. In Tennessee, Alabama, Oregon, and Vermont, voters opted overwhelmingly to eliminate prison labor.

In some states, such as Alabama, prison workers have been engaged in a series of roving strikes against the practices. Activists across the country celebrated the decision.

“Voters in Oregon and other states have come together across party lines to say that this stain must be removed from state constitutions,” Oregon Sen. Jeff Merkley, a Democrat, told The Associated Press.

In Nebraska, voters passed Initiative 433 to raise the minimum wage of Nebraska from $9 an hour to $15 an hour by 2026. After 2026, increases in the minimum wage would automatically increase with inflation as the consumer price index goes up.

“This is truly a citizen led and citizen approved initiative,” Kate Wolfe, campaign manager for Raise the Wage Nebraska, said at a press conference. “We feel grateful. … This is going to give hard-working Nebraskans a much needed raise. It is not only going to help families and businesses, but it will help make our community stronger.”

For more, check out the Nebraska Examiner.

In 2018, D.C. voters passed a similar measure called Initiative 77. However, the D.C. City Council voted ultimately to overturn the measure and not allow it to take effect. This time, a majority of D.C. city council members said they would not vote to overturn the initiative, according to reporting by the Washington City Paper.

“I’m ashamed to say in 2018 I was anti-77, and then I did some traveling and talked to bartenders in California, Oregon … and all of them unanimously preferred not having tip credit and making a real minimum wage underneath all their tips,” said Maxwell Halwa, a bartender and organizer in favor of Initiative 82, in a speech at Tuesday night’s watch party. “And it made me realize I’d been lied to.”

For more, check out the DCist.

In Colorado yesterday, voters approved passing Proposition FF 55% to 45%, which would provide free school lunches to all students in the state of Colorado.

The measure raises wages for school cafeteria workers and would be paid for by eliminating tax deductions for families making above $300,000. Activists and school nutrition workers alike supported the passage.

“Once this is implemented in our cafeterias, we can provide every kid in Colorado with a healthy meal made with local, Colorado-grown products,” Zander Kaschub, a school food and nutrition service worker with the Jeffco Education Support Professionals Association and a member of the Colorado Education Association told The Denver Post. “With this program in place, we’ll also show that we care about fair wages and good training for school staff — a key piece of this measure.”

Finally, former President Jair Bolsonaro and his sons Congressman Eduardo Bolsonaro and Senator Flavio Bolsonaro are widely expected to face prosecution after Lula takes office in January, and so many are saying their recent attempts to gain Italian citizenship  are a way to evade authorities.

Under Italian law, descendants of Italian immigrants are allowed to seek citizenship in the country. However, the Bolsonaro Brothers denied that they were attempting to flee Brazil.

“My family is of Italian origin and I have the right to apply for Italian citizenship, which started to be dealt with in September 2019,” Senator Flavio Bolsonaro told Metropoles when he was spotted leaving the Italian embassy in Brasília yesterday.

When Jair Bolsonaro was granted Italian citizenship by the northeastern town of Anguillara Veneta in 2021, he was met with widespread protests in the city. Bolsonaro’s family would likely expect more protests if they returned

For more on the protests against Bolsonaro in Italy in 2021, check out Euronews.

Alright folks, that’s all for today. Donate to help us cover the cost of our Brazil reporting and expand our international coverage. Please, if you can, sign up as one of our 736 recurring donors today.

Keep sending story ideas, links, tips, and comments to [email protected]. Thanks for all the suggestions.