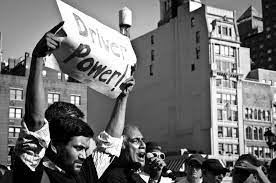 Greetings from the Burgh, where I am still recovering from a serious stomach infection. I am exhausted but starting to get my energy back.

Donate to Our Healthcare Fund

Many thanks to all the folks who donated to Payday during the past week so I could relax and focus on recovery. I am still weak and not producing as much work, but I hope to be back in the swing of things soon.

Thanks to our recurring 595 recurring donors I can worry less about fundraising and focus on my health. Sign up to become one today.

You can also make a one-time donation as well. Thank you.

As temperatures in Flint, Michigan soared into the 90s yesterday, teachers in one Flint elementary school walked out to protest their building’s lack of working air conditioning. The fact that they probably didn’t even have access to a portable air conditioner as a backup is terrible too, they must have been suffering greatly as the heat rose. Working in hot and humid conditions can cause a lot of problems for employees, especially if there is no end in sight to the consistent heat as they work. As stated below, they are hoping that the air is fixed for them today by a local company, or they have gone online to see what is available to them, including following related links like ‘Check Out General Air Conditioning & Plumbing Here!‘ so they can weigh up their options about what is available.

“This is about teacher safety and working in unsafe conditions,” United Teachers of Flint President Karen Christian told Michigan Live. “We are hoping that the air is fixed by today and that everyone will be able to work in a safe environment.”

For more, check out Michigan Live.

Mississippi Plastic Workers Locked Out of Their Jobs

With workers demanding more at the bargaining table, Payday has started to notice a small uptick of lockouts happening all over the country.

Today the lockout came from Corinth, Mississippi where 100 members of United Steelworkers Local 759L were locked out after refusing to agree to a contract that would have cut their healthcare and decreased their job security protections.

“These hard-working union members and their families deserve a contract that reflects their dedication and commitment,” United Steelworkers District 9 Director Dan Flippo said in a statement. “We are willing to keep working until we reach that agreement, but the company must end this illegal lock out.”

For more, check out WTVA.

Yesterday, 178 healthcare workers in Houston were suspended from their jobs for refusing to get the vaccine.

The group of employees from the Houston Methodist hospital system walked to protest the hospital requirement that all healthcare workers receive the vaccine by June 7 or face suspension.

“We should be allowed to make our own decisions,” one Houston Methodist nurse told KTRK.

For more, check out KTRK.

Following the success of Prop 22 in California, which denied Uber drivers employee benefits, many expected a similar piece of legislation to fly through the New York State House.

However, it was announced yesterday that the bill would not be voted on this session and held till next year. Worker advocates quickly declared victory.

“Uber thought that their old playbook would work in New York State in 2021. But the narrative has changed,” said New York Taxi Workers Alliance Executive Director Bhairavi Desai said in a statement. “People see through their company union and their boss lies. Labor and community groups came together like never before and sent Uber and Lyft crawling away from this legislative session with their tails between their legs.”

For more, on the importance of the victory, check out the New York Taxi Workers Alliance website.

Alright folks, that’s all for today. I am gonna lay back down and get some rest, but we hope to get our newsletter back up and running regularly in the next week.

Keep the donations flowing so that we can continue to cover the stories that few other publications cover.

Be the first to comment on "Flint Teachers Strike Over Lack of A/C -Miss. Plastic Workers Locked Out – NY “Company Union” Bill Dead"