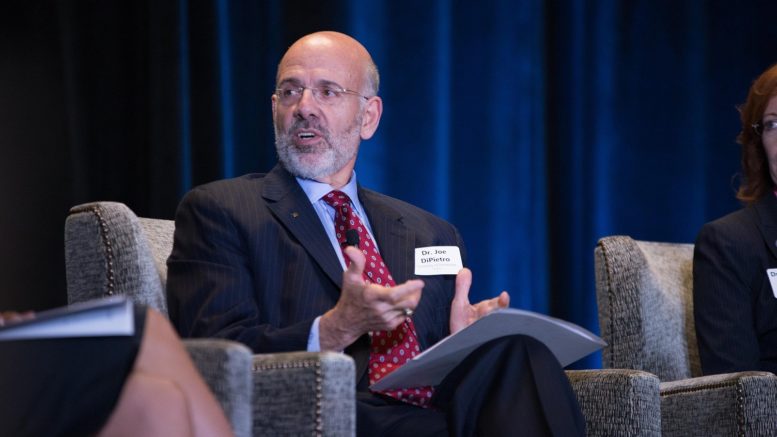 University of Tennessee President Joe DiPietro swore when describing a Payday article in state records obtained by the Knoxville News-Sentinel.

A state record request performed by the Knoxville News Sentinel shows that the President of the University of Tennessee System, Joseph DiPietro, is swearing about Payday Report’s coverage of the United Campus Workers.

According to the Knoxville News-Sentinel:

The decision was hailed as a “major victory for public sector unions” in Pay Day Report, a digital news co-op covering labor issues in the South.

On Nov. 3 Jubran sent the article to DiPietro.

He replied with two words: “In deed.”

The emails quickly drew fire from CWA District 3 Organizing Director Tom Smith, whose union is affiliated as the parent union of the United Campus Workers.

“It goes to show the importance of independent media like Payday. Knowing that DiPietro and Jurban will likely read this story too, I’ll take the liberty as a UTK alum and former UTK employee to wish the hacks happy holidays. I hope your $600k in public salary helps warm your heart, Joe. And as a consolation please know that my wife and I, both alumni, made our first-ever financial gift to UT this December in honor of Dr. Davenport being the first honest, decent executive-level administrator we’ve seen since graduating,” said Smith, defending  University of Tennessee-Knoxville Chancellor Beverly Davenport who had sided with the union in the dispute.

Union officials say that the emails show that the administration plans to continue making attempts to outsource jobs within the University of Tennessee system.

“The real ‘horse shit,’ to draw on the parlance of the UT System president, is the level of obsession for this outsourcing scheme on the part of Governor Haslam and his UT ‘yes men’ to sell off the public good for personal profit,” said Smith.

The University of Tennessee system did not respond to our requests for comment.

Donate to Payday to help us continuing covering workers organizing in the South and winning changes despite lacking collective bargaining rights.