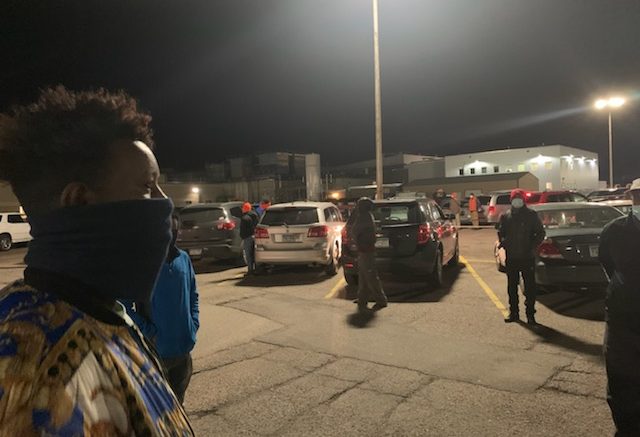 Greetings from the Burgh. It’s not quite Payday yet, but we’re switching from our weekly newsletter format to daily strike updates.

Before, we’d see 2-3 strikes in a week; hence a weekly newsletter made sense. Now, we’re dealing with at least 2-3 strikes a day. So, Payday will publish regular, often daily afternoon round-ups of the strike and other major labor activity.

Our strike tracker is now up to 151 strikes across the U.S. (Check it out here). You’ll see many of the strikes listed here and others.

Trump Orders Meatpacking Plants to Stay Open, but Workers Have Other Ideas

Earlier today, Trump announced that he intended to use the power of the federal government and the Defense Production Act to keep meat processing plants open throughout the United States.

Strikes and mass sickouts at a dozen meatpacking plants throughout the U.S. have led to the closure of additional plants.

It’s unclear how Trump intends to use the Defense Production Act to force meat packing processing workers back into the assembly line.

“We only wish that this administration cared as much about the lives of working people as it does about meat, pork, and poultry products. When poultry plants shut down, it’s for deep cleaning and to save workers’ lives,” said Stuart Applebaum, president of Retail, Wholesale, and Department Store Union. “If the administration had developed meaningful safety requirements early on as they should have and still must do, this would not even have become an issue.”

In Defiance of Trump, Nebraska Meatpacker Walks Off the Job at Smithfield

The prospect of meat shortages, which increasingly seem likely according to experts as dozens of plants have been shut down by outbreaks or strikes, would be politically embarrassing to Trump.

Shortly after Trump announced his intention to issue his executive order, more than 50 meatpackers walked off the job after 48 co-workers tested positive for COVID-19 at Smithfield’s plant outside of Lincoln, Nebraska.

Over 100 Meatpackers Walk Off the Job in Minnesota

Workers remain frustrated that the company hasn’t done enough to inform them of co-workers testing positive for COVID-19.

With workers going on a strikeout fearing for their lives, it’s unclear how Trump will stop these workers from shutting down more plants.

(Check out the St. Cloud Times for more)

Trump and some governors may call in the National Guard to replace frontline workers.

After 19 patients died of COVID-19 at a nursing home in Northampton County, Penn., nurses went on strike to protest unsafe conditions.

Today, Democratic Governor Tom Wolfe sent the P.A. National Guard to man the facility, a threat that could be applied to other facilities where nurses are striking.

(For more check out the Morning Call)

In a sign of how widespread nurse strikes might become, SEIU Illinois Healthcare announced that they overwhelmingly passed a strike authorization vote to go on strike on May 8th.

“My co-workers and I have told our management that we need more PPE, and we need to know who has the virus in our facilities so we can help keep everyone safe, but they seem more focused on protecting their profits than protecting people,” said Francine Rico at Villa of Windsor Park in Chicago in a news release.

As employers are unable to stop the massive tide of strikes gripping the nation, more employers may attempt to discipline employees.

On Monday, more than half of all Great Richmond Transit Company (GRTC) bus drivers called-out sick to protest unsafe conditions.

In response, the head of the Greater Richmond Transit Company threatened to fire bus drivers who called in sick Tuesday. The union protested the move.

“Our union has had 32 members across the country die after contracting the virus, and hundreds have become infected. GRTC workers who are sick or have symptoms of COVID-19 should be able to stay home without being fired,” said ATU Local 1220 President Maurice Carter.

“GRTC’s wrongheaded decision to threaten to fire workers, who call in sick, is disgusting and endangers the communities that my co-workers and I proudly serve in these difficult times.”

The union has listed ten demands that they expect GRTC to meet.

As of late Tuesday afternoon, GRTC has yet to announce any firings of bus drivers.

Folks, this is all for today.

And donate so we can keep tracking these strikes.