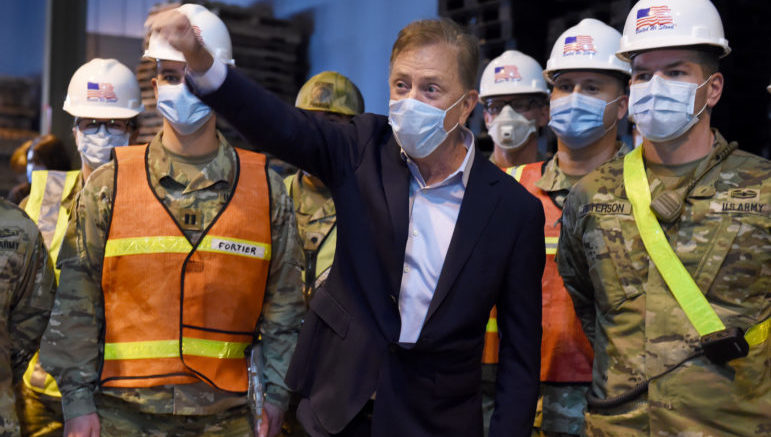 Greetings from the Burgh, where Payday’s newsletter is getting back into the swing of things after taking a week to film a special for the Italian National TV station RAI.

Before the news, a quick update on our fundraising progress. With 19 days left in the month, Payday is nearly halfway to our monthly fundraising goal of $8,000, having raised $3,460 so far this month!

Our small budget of $8,000-a-month pays our health care costs and salaries for our small staff of two. Thank you to everyone who has donated.

The best way to support us is to sign up as one of our 586 recurring donors today.

In Connecticut, nearly 4,000 nursing home workers from 33 different facilities are threatening to go on strike this Friday unless their wages are increased to $20-an-hour.

However, Lamont dug in his heels. On Tuesday he told the union he made his “last, best, and final offer” — an offer the union said is not sufficient and won’t bring many of the nursing home workers out of poverty.

“The governor’s proposal would not provide the funding needed to right the wrongs of Covid-19 and to correct decades of chronic devaluation of the nursing home labor sector, whose workers are majority Black, Brown, and White working-class women,” SEIU 1199 New England President Rob Baril said in a statement. “Workers have suffered untold trauma in the last year, with thousands of resident deaths and nearly two dozen worker fatalities in our union.”

Playing hardball, Governor Lamont then threatened to bring in the Connecticut National Guard to keep the nursing home facilities open.

“I authorize you to immediately call up a sufficient force of members of the armed forces of the state to support as needed the Department of Public Health in protecting the public health and safety in response to any potential work stoppage or strike of workers at long-term care facilities or other congregate settings in the state beginning on or about May 14, 2021,” Lamont wrote in an authorization of deployment to the Connecticut National Guard.

For more, check out the CT Mirror.

In rural central PA, a group of about 21 workers, making only $8.50-an-hour producing holiday decorations, is demanding higher wages and going on strike.

The workers, members of Workers United Local 9, have been in contract negotiations with their employer Bleyer Industries since December of 2019.

However, despite working through the pandemic, the workers had yet to receive any raises.

Finally, after discovering that their employer received more than $350,000 through federally funded Paycheck Protection Program loans, workers at the plant decided to strike.

“Knowing that money was given to our employer but not given to us was the last straw. Everyone has a breaking point,” Workers United Local 9 President Giorgia Norris told WTAJ

For more, check out WTAJ.

In recent weeks, multiple photos of restaurant workers walking off the job and putting up signs explaining why they walked off, have gone viral on the internet.

Newsweek took a look at the growing trend of these spontaneous strikes in the fast-food industry:

One sign on a Hardee’s window said: “Due to no staff, we are closed. We are hiring,” while a Wendy’s sign said: “We all quit!! Closed!!”

A sign on a Chipotle window said: “Attention Chipotle customers. Want to know why we’re closed? Ask our corporate offices why their employees are forced to work in borderline sweatshop conditions for 8+ hours without breaks. We are overworked, understaffed, underpaid, and underappreciated.”

For more, go to Newsweek.

For years, staffers at the criminal justice publication The Appeal have faced a culture that many found “cruel.”

The union, though, started fighting back, rallying public support from its readers. The news co-op The Defector reported on what happened next:

By Tuesday afternoon, management had already begun backtracking. The Appeal’s senior counsel, Jake Sussman, sent an email to the staff announcing that the proposed layoffs would be “paused” in order to “allow for discussions with management and union representatives.” The message also stated that management planned to “enthusiastically recognize” the union. The union’s win was unmitigated: management even reinstated the job of a fact-checker who had been laid off the day before.

What’s played out at The Appeal in the last few days is nothing short of a drastic reversal of power, sparked by fed-up staffers’ demands for protections, transparency, and accountability. A non-profit that for years largely answered only to Rob Smith is suddenly being forced to answer to the dozens of employees who make its work possible. And while the shift seemed to happen abruptly and then all at once, the tensions that led to this week’s developments have been simmering for years.

For more, go to the Defector.

Keep the donations coming so we can keep providing labor news coverage that few other outlets do.

As always, the best way to support us is to sign up as one of our 586 recurring donors today.