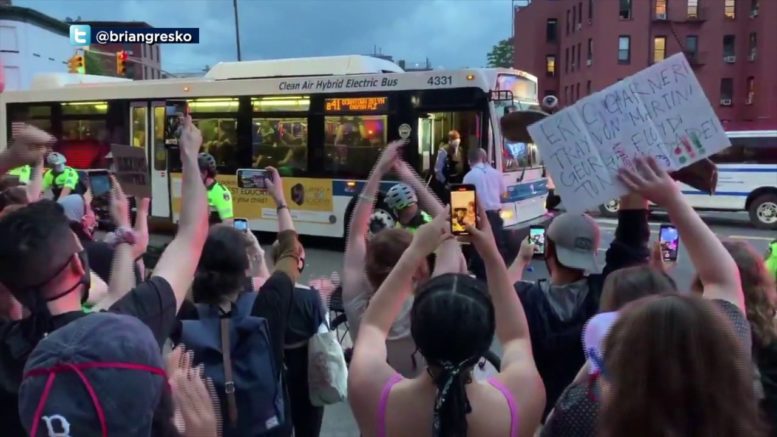 The action comes a day after bus drivers in Minneapolis also refused to assist the police in transporting arrested protestors; shutting down the Twin Cities’ transit system.

“I told MTA our ops won’t be used to drive cops around. It is in solidarity  [with Minneapolis’ bus drivers],” JP Patafio, vice president of TWU Local 100 told Motherboard.

Payday Report has learned that transit union leaders nationwide are instructing members not to cooperate with police in arresting protestors.

“It’s safe to say that bus drivers in a lot of places are going to be refusing work,” said one top labor leader, who wished to remain anonymous.

For decades, transit unions, which are heavily African-American, have sought to build community alliances around environmental racism and expanding public transit communities. These community-labor alliances have helped communities to expand transit services in many areas.

As a result of this organizing, many transit union leaders are vehemently opposed to helping with police crackdowns in communities of color.

“ATU members live with similar fears on a daily basis. ATU members face racism daily. Our members live in and work in neighborhoods where actions like this happen, and where this took place, now watched in horror across the globe,” ATU Local 1005 said in a statement.

Donate to Help Us Cover Labor’s Fightback Against COVID-19