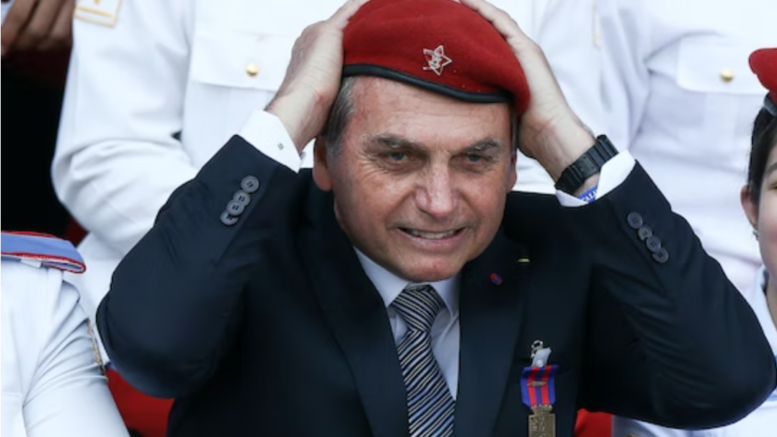 Greetings from Rio de Janeiro, where we are three days away from the presidential election.

Earlier this year, Bolsonaro appointed a special military commission to study voting fraud in the Brazilian first round and present their findings in a public report.

But earlier this month, O Globo reported that the military commission found no evidence of voter fraud.

So far, Bolsonaro has refused to release the report.

“I think it is wrong not to publish the results of that report because it gives rise to speculations and alarmist interpretations,” retired cavalry general Paulo Chagas told Reuters yesterday.

The independent Brazil federal audit court (TUC) has asked Bolsonaro’s Defense Ministry to release the report, but the Defense Ministry has yet to respond ahead of tomorrow’s response deadline.

This week, the federal Superior Electoral Tribunal (TSE) ruled that Bolsonaro needed to insert a series of fact-checks in anti-Lula ads.

But Bolsonaro has fought back, claiming that the TSE disagrees with his argument that his proposed responses to Lula’s ads should be run in pro-Lula ads, something which the TSE has denied Bolsonaro while granting Lula the right to 25 insertions in Bolsonaro ads.

Bolsonaro has even said that radio stations in the Northeast of Brazil, where Lula has strong support, have been playing too many pro-Lula radio ads — a charge that Lula has dismissed.

Bolsonaro has pledged to take his complaints about the regulation of air time to the Brazilian Supreme Court.

“We will take this to the last consequences, within the limits of the Constitution, to uphold the findings of our audit,” the far-right populist told reporters at a press conference in Brasilia.

Instead, campaigns engage in large-scale rallies and handing out stickers at parties, along the beaches, and in other places. Additionally, unions work hard to talk to their members of plant gates about how to vote.

The lack of direct door-to-door campaigning is a mistake, according to one Brazilian political activist who wished to remain anonymous out of fear of harming the campaign.

“It’s just not a tradition that we have here of going door-to-door. It’s just crazy, we need to be doing this,” they said.

Lula’s Workers Party did not immediately return requests for comment.

Alright, folks, I gotta run to a massive rally in downtown Rio.

Donate to help us keep covering the election here in Brazil.

Or please, sign up as one of our 735 recurring donors today.