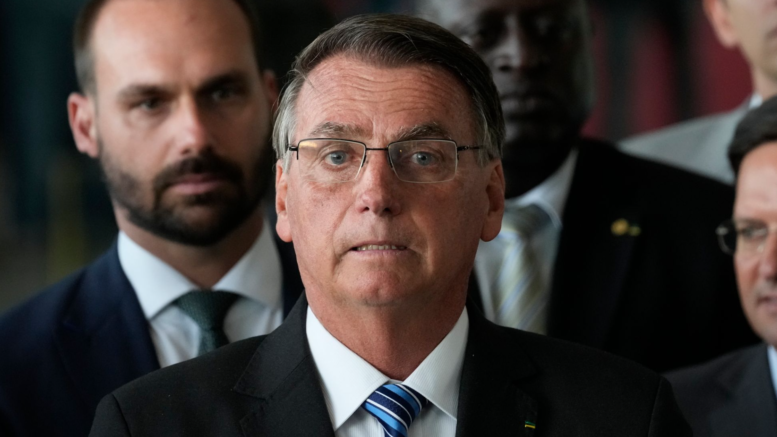 Late this afternoon, defeated Brazilian President Jair Bolsonaro broke his nearly two day silence. Bolsonaro did not congratulate Lula on his victory. Nor did Bolsonaro explicitly say that he accepted the election results.

However, Bolsonaro did say that “As president and as a citizen I will continue to follow all the commandments of our constitution.”

After he spoke, his chief of staff, Ciro Nogueira, said, “President Jair Bolsonaro … has authorized me that when provoked according to the law we will begin the transition process.”

Across the country, Bolsonaro supporters have been blocking some roadways to protest the election results. The blockades have caused major disruption in some areas. In Sáo Paulo, the blockade caused airport officials to close the airport for several hours yesterday and cancel several flights.

For more on the movement to discredit these election results, check out Brasil Wire.

Back in Pittsburgh, it appears that democratic nominee Summer Lee, a socialist state rep, may be in trouble. She was widely expected to win the general election in the democrat-heavy district. However, Lee is running against a Republican named Mike Doyle, who shares the same name as retiring Democratic Pittsburgh Congressman Mike Doyle.

An internal poll paid for by Summer Lee supporters and obtained by the Intercept shows that Lee is beating Republican Mike Doyle only by a margin of 44-40.

Now, an AIPAC-affiliated group, United Democracy Project, has dropped over $600,000 to boost Republican Mike Doyle in the final days of Lee’s campaign.

For more, check out The Intercept.

A federal judge has ordered Starbucks union organizers to turn over all messages with reporters. The Washington Post has more:

Sinatra, who was appointed to the federal bench by President Donald Trump in 2018, ruled against the NLRB’s motion, which sought to quash Starbucks’s request. Instead, he ordered the employee organization to turn over documents, emails, texts and other electronic communication between the workers and “any digital, print, radio, TV, internet-based or other media outlet” regarding its organizing efforts.

The order would likely affect thousands of messages between organizers and a large swath of news organizations that have covered the Buffalo story. Among others, The Washington Post, the New York Times, Vice, Fox News, Al Jazeera, the Guardian and the Buffalo News have reported extensively on the organizing campaign.

Alright folks, that’s all for today. Donate to help us cover the costs of our coverage here in Brasil. Please, sign up as one of our 735 recurring donors today.

Be the first to comment on "Bolsonaro Speaks, But Doesn’t Recognize Results – Bolsonaro Supporters Shut Down Sáo Paulo Airport – Poll: Summer Lee Up Only 4 Points"