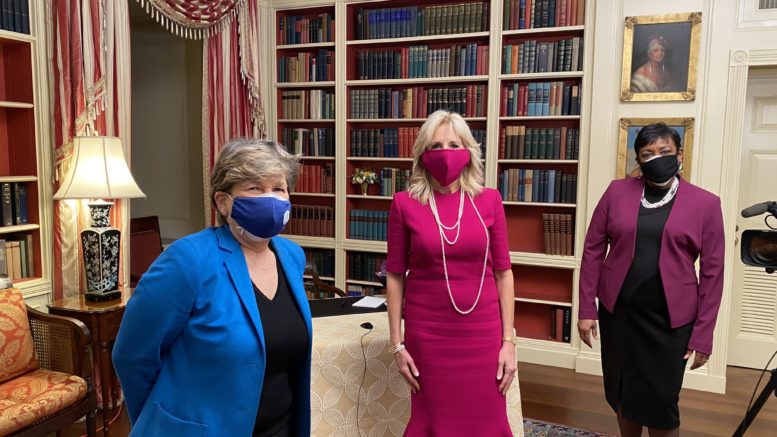 Greetings from the Burgh, where it’s been a very busy day here for Payday Report.

Tonight, PBS American Portrait will be airing a special titled “I Rise” that looks at how everyday Americans are taking on racism. As part of the special, PBS will feature Payday’s work covering how Black Lives Matter has inspired a non-traditional strike wave.

Payday is proud to see our work featured in such a prominent PBS special. For a more in-depth look, read our longform: “How Black and Brown Workers Are Redefining the Strike in the Digital COVID Age.”

It should show in most PBS locations at 9 PM EST tonight. Check listings for more info here.

Everyone from NPR’s All Things Considered to The Economist to film director Boots Riley, and now PBS, has cited our work tracking the largest strike wave in the U.S. since 1946.

We may be a small crowdfunded labor publication, but we have had a huge impact on the way that labor is covered in the US.

The end-of-month is coming up and your donations are more important than ever. Please, if you can, donate today so we can continue our high impact labor reporting that has earned us national acclaim.

Under obscure Senate rules, measures that are part of budget reconciliation, and that can be scored as having an impact on the deficit, can be passed with only 51 votes.

“Elections have consequences,” Sanders told Politico today. “We’re in the majority, and we’ve got to act.”

For more, check out Politico.

Teachers in Chicago have voted to refuse to return to in-person instruction until every teacher in the classroom can be given a vaccination.

This move comes in defiance of the Chicago School Board order to return teachers to the classroom this Wednesday.

Over the weekend, American Federation of Teachers President Randi Weingarten briefed the White House on the situation and was happy to hear their support for the union.

Then, at a press conference on Monday, Biden signaled his support for the Chicago Teachers Union.

“The teachers, I know they want to work,” he said. “They just want to work in a safe environment, and as safe as we can rationally make it, and we can do that.”

For more, check out the Chicago Sun-Times

Last week, Payday reported on how oil refinery workers employed by Marathon went on strike. Now, after the workers attempted to return this week, they were locked out of their jobs.

With many under qualified non-union technicians and management running the plant, many workers fear that an accident could happen.

Our friends at Workday Minnesota have the story:

The St. Paul Park refinery utilizes hydrofloric [sic] acid, the same chemical which necessitated the evacuation of Superior WI after the explosion at the Husky refinery in 2018. According to the Union, they offered the unconditional return specifically to minimize the risk of accident with the toxic chemical.

“Hydroflouric [sic] acid is deadly, plain and simple. Marathon is gambling with the lives of Minnesotans instead of ensuring this facility is as safe as possible. This has been about safety the whole time, and their actions tonight proves that isn’t a priority for Marathon,”says Teamsters Local 120 Business Agent Scott Kroona.

“I have been involved in Union negotiations for over 30 years. I have never seen a company do something as reckless as what Marathon did tonight. Their decision could have major consequences to people’s lives. For the sake of everyone I pray,they get lucky and it doesn’t.” says Erickson.

For more, check out Workday Minnesota.

In 2020, there were more than 1,200 strikes over the last year according to Payday Report’s Strike Tracker.

However, labor observers are already starting to see employers now taking more extreme measures to fight back against workers including the use of lockouts and permanently replacing workers with scabs.

Michael Sainato at the Guardian has more:

Roberto Juarez, who has worked for Valley Fruit and Produce for six years before getting locked out of his job, argued the company has attempted to “destroy the union in the workplace”, through negotiating in bad faith by pushing for reduction in benefits, wage freezes, hiring union avoidance attorneys, while receiving between $2m and $5m in paycheck protection program loans from the federal government.

“When the pandemic started and hit hard, we never stopped working and we were working a lot of hours. We were exposing ourselves, coming to work, exposing our families, and they didn’t really care,” said Juarez.

Alright, folks that’s all day for today. I am getting sick so we might take a few days off. Please, if you can donate to Payday, we’d really appreciate it. Or, become one of our 550 recurring donors today.