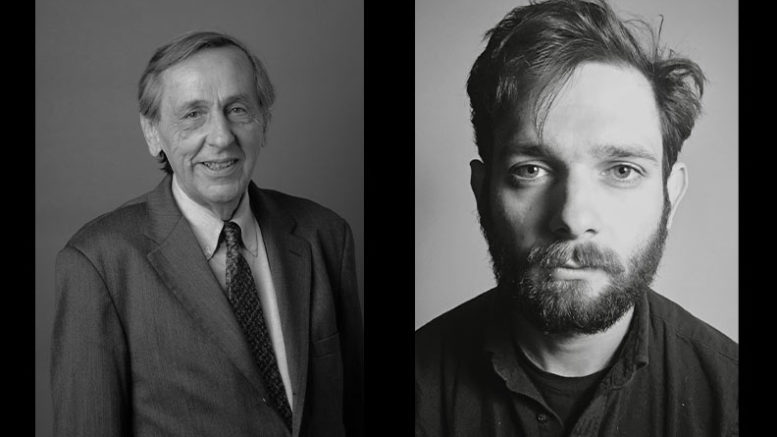 Payday Report is excited to announce the creation of the Bill Greider Grant for Labor Reporting.

The first recipient is Alexander Richey, a Northern Alabama native. Richey has already been on the ground helping Payday Report and franknews cover the historic union drive at Amazon in Bessemer, Alabama.

Richey is a radio producer just a few years out of The University of Alabama and has covered issues in the South around civil rights, state politics, and subcultures. He’s freelanced for places like BBC Sounds, the New Yorker Radio Hour, and this fall released the “Unjustifiable” podcast series with the brilliant Southern publication Reckon.

With permission from Bill’s daughter, the writer Katharine Greider, Payday is creating the Bill Greider Grant for Labor Reporting that that will give short-term grants and labor reporting training to up-and-coming freelancers like Richey by paying them a decent wage of $32-an-hour covering some of their first major labor fights  (You can donate here.)

The Bill Greider Grant is made possible through the proceeds of a small grant from the University of Minnesota’s Workday Minnesota program given to Payday Report, as well as from generous donations from reporters and friends of Bill. We plan to honor the memory of Bill Greider by training and funding a new generation of labor reporters to cover labor struggles  like Bill Greider did as a young labor reporter in the South in the 1960s.

After he died on Christmas Day in 2019, The New York Times quoted a story in the Princeton Weekly where Bill said he had learned very little at Princeton that helped him later in life as a reporter. As the son of privilege from a wealthy Cincinnati suburb, Bill believed his true education started when he began working as a labor reporter at the Louisville Times in the early 1960s.

“What changed me was after graduation, when I went out as a reporter and quickly began to experience the broader world. That led me to appreciate things I had once despised, such as the New Deal and liberal economics,” Bill was quoted in his New York Times obituary.

Bill spent the 1960s traveling all over the South. He was there in 1962 when James Meredith integrated at Ole Miss when rioters killed Agence France- Press reporter Paul Guihard. As a 26-year-old labor reporter, Bill stood his ground as some journalists were targeted by the mob and continued to report on the riots where two were killed and over 300 were injured.

In 1968, Bill was there when Robert F. Kennedy toured Eastern Kentucky for the Louisville Courier-Journal, and when Bobby Kennedy scared a small rural schoolhouse roomful of six to eight small children, who had no idea who Bobby Kennedy was while a circus of national press descended upon them.

“These kids were hunkered down at their desks, hoping that this storm would pass, and he grasped immediately that this was a horror show,” Bill told The Washington Post in 2018. “He went around, one by one, kneeling by their desks. He didn’t say very much. He nodded at them, talked to them in whispers, held their hands. It was such a human response. This was a side of the politician you don’t see very often.”

Before he was famous for quitting as a top editor at The Washington Post following the controversy over his Atlantic piece “The Education of David Stockman” that exposed Reagan’s Budget Director lying about supply-side economics effectiveness in December of 1981, Bill Greider was a labor reporter in the South

In the early 1960s, Louisville was dubbed “Strike City” as a militant labor movement invigorated the city’s politics. I was lucky as a young cub labor reporter in the late 2000s to have an office just a few doors down from Bill, who was in his early 70s and working at The Nation. He became an incredible mentor to me who would often share his own confusion and mistakes that he made learning how to be a labor reporter.

Bill loved to tell the story of driving across the river into Indiana to meet a teachers’ union organizer, who warned him that if he crossed the river into Louisville that he would be arrested because he was about to call a wildcat teachers’ strike.

Bill doubted that the organizer had “the juice” to pull off a wildcat teachers’ strike. But a few days later he did, and Bill was amazed by what he saw.

“When people decide to move-en-masse, they can,” Bill would often say of the experience.

To make me feel better about my insecurities as a young labor reporter, Bill would often joke that as the son of a UE union organizer, that I probably would have called that strike accurately.

“Don’t beat up on yourself. We all make mistakes as a reporter, but the key to being a good reporter is learning from those mistakes,” Bill would tell me.

What I respected most about Bill was how much he loved talking and helping young reporters at the start of their careers.

I had just returned from journalism school in Brasil and Bill would constantly pick my brain about the Landless Workers’ Movement and Lula, the auto workers union leader turned President. Bill was fascinated by Brasil. As a former conflict zone reporter, struggling to deal with PTSD, Bill would want to hear ugly stories that most people wouldn’t want to hear.

As a working-class UE kid in my early twenties, Bill helped me channel the anger and resentment that I had towards many rich white kids from suburbs, whose Capitol Hill circus reporting seemed trivial compared to the trauma I had seen covering the drug war and workers’ rights movements in Brasil.

We’d go out to Mackey’s Irish pub on L Street in DC and have cheeseburgers and beer on Fridays; just play “hooky” and just talk the way old school reporters would talk.

I felt like I could talk to Bill about things as a struggling PTSD survivor that I couldn’t even feel comfortable discussing with most people. Bill knew how to make folks comfortable, really listen to them, and make them feel that you were building something together in those conversations.

“Creating a positive future begins in human conversation. The simplest and most powerful investment any member of a community or an organization can make is, to begin with, other people as though the answers mattered,” Bill wrote in his seminal 1992 “Who Will Tell the People?”

Bill listened because he learned a lot from young people. His grandchildren and their support for Bernie Sanders gave him such hope for the future.

Bill would often call me to ask for direct reports from places he couldn’t access as easily at his age. He asked me regularly for reports on how the Bernie movement was playing in the South, where the majority of voters under the age of 35 voted for Bernie.

“My grandchildren are New Yorkers (lower east side) and very hip teenagers though not especially political at least until now. They all rallied to Bernie and seem quite sophisticated about it. The notion that they are drinking from the same bottle as young workers in Tennessee or Alabama or Georgia is what I call pre-revolutionary information,” Bill wrote me in an email in 2017.

As his health worsened as he aged into his 80s, we kept in touch less and less, but he always seemed to chime in every now and again with words of encouragement and insight.

The last time I heard from Bill was the opening morning of the GM strike in late September of 2019.

I had been up till 5 a.m. filing our story on the picket line excitement and woke up exhausted and excited when I discovered an email from Bill that was simply a copy of my story. I asked people if he intended to forward the email to me and how he was doing.

Replying in classic Bill Greider shorthand, he wrote: “I’m fine. AND EXTREMELY EXCITED BY YOUR AGITATION AT GM.  I SENT COPY  TO MY GRANDSON WHO IS A FRESHMAN AT THE UNIVERSITY OF BUFFALO   AND RIPE FOR INSPIRATION.  — NFW THINKING.”

After a decade of collaboration as labor reporters and friends, it was the last time that we spoke. Three months later, Bill died at age 83 on Christmas Day with his children and grandchildren surrounding him singing Christmas carols.

It’s hard to think Bill has been gone for a little over a year because I think so often of the advice he gave me. Often, I find myself quoting him to younger reporters that I am trying to mentor.

The piece of advice I think of the most is that “A story is like a river. A lot of reporters try to pre-write their stories and come to some pre-drawn conclusion, but a story is like a river — it flows to all kinds of places, and it’s your job as a reporter to follow it.”

I’m excited to watch where the river of Bill Greider may flow as the Bill Greider Grant for Labor Reporting in the South supports a new generation of young labor reporters. He was so curious about people and organizing and I hope we find a new crop just as curious.

A big congratulations to our first recipient of the Bill Greider Grant for Labor Reporting, Alexander Richey. Payday looks forward to learning from his reporting on the historic union election at Amazon in Bessemer, Alabama.