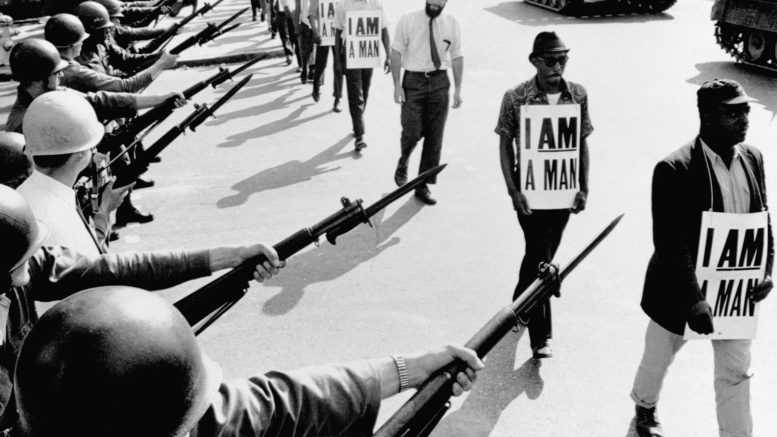 It’s Payday! Greetings from the shores of Conneaut Lake in Pennsylvania, where Payday is visiting Judge Wayne Hanson.

Earlier today, workers at the Baltimore City Paper learned that the company would agree to recognize their petition to join the Washington-Baltimore NewsGuild. Their union protection couldn’t have come at a better time

Last month, they learned that their owners, the Baltimore Sun Media Group were likely to close the paper.

Today, the owners made it official.

“This is Brandon Soderberg, City Paper editor reporting live from the deck of the Titanic” wrote Soderberg in a newsroom-wide email today. “Yes, we’re being closed by BSMG/Tronc/and so on. We were told this news last month and there isn’t a clear date but what we’ve been told is no later than the end of the year. We were trying to hold off announcing it because, well, it’s very sad, but also because I’m not sure about how this is all going to play out and I’m half-convinced this won’t be the end of the paper and someone will swoop in and buy us.”

Union members say that they intend to attempt to enter into effects bargaining over the closure of the paper.

This week, Memphis Mayor Jim Strickland announced that the city would pay each of the 14 living sanitation workers from the 1968 strike a special $50,000 grant.

The workers are being paid the grant to make up for retirement earnings lost as the result of a deal cut at the end of the strike. The deal allowed sanitation workers to collect social security, but not a city pension. Over the years, city workers who received the pension saw much more retirement security.

The grants are intended to help workers make up the gap left by not having city pensions.

“We should have had this a long time ago,”  85-year-old Elmore Nickleberry, one of four active city employees, who participated in the strike, told the Memphis Commercial Appeal.

Last week, both chambers of the North Carolina legislature passed an amendment of the state’s annual Farm Act which would prohibit the Farm Labor Organizing Committee from having union dues directly deducted from workers paycheck.

If the bill is signed by North Carolina Governor Roy Cooper – and that veto isn’t overturned by Republicans, who have a supermajority in both the House and the Senate –  the bill would mean that FLOC organizers would have to travel around the state to 700 different farms to collect dues each month, effectively forcing them to focus full time on collecting dues as opposed to advocating for workers.

Several of the co-sponsors of the bill, such as, were farm operators who have a direct financial interest in passing the bill.

“It is a conflict of interest and an abuse of power for legislators who are also growers to push policies that infringe on farm workers’ freedom of association and make it more difficult for them to collectively negotiate for better wages and working conditions,” North Carolina AFL-CIO Secretary-Treasurer MaryBe McMillan said in a statement.

Now, the bill, SB615, heads to the desk of Cooper, a Democrat. He has 30 days to decide whether to veto it or let it become law.

Public Employees in North Carolina Could Lose Dues Check Off Next

Payday Report has learned that anti-union forces in the state are also attempting to pass a bill, SB375, which would end dues deduction for unionized public employees.

North Carolina is one of three states that bans collective bargaining for public sector employees, owing to Jim Crow-era law. While this is a massive constraint and contributes to the state’s historically low union rate, public sector unions in the state do have the right to collect dues through automatic payroll deduction. They use the dues to lobby, hire a small organizing staff, maintain a union hall, and travel.

Dante Strobino, an organizer with the North Carolina Public Service Workers Union, UE Local 150, says the union is already preparing to battle anti-dues check off during next year’s legislative session.

“The Republicans were not able to get enough votes to support SB 375 to eliminate union payroll deduction in the 2017 session.Instead, they pivoted to attack FLOC by passing the Farm Bill,” Strobino says. “Since the legislature runs two-year cycles, SB375 is still alive and could be pulled up in the 2018 session in the dead of night and passed into law then. We must remain vigilant!”

It’s also worth mentioning that in June, the Supreme Court affirmed a lower court’s decision that the current legislative districts are “racial gerrymanders.”

The Republican Governor of Texas Greg Abbott has called a special session to begin July 18th.

Abbott has already signaled that a top priority of his for this special session is aimed at eliminating dues check off for workers.

Abbott claims that eliminating dues check-off would save the state over $1 million a year. However, union proponents say that law already allows for school districts to charge unions for the financial costs of dues check off.

“It’s a solution in search of a problem where a problem doesn’t exist,” state Representative Joe Moody, a Democrat, told KFOX14 of El Paso, Texas.

Some unions in the state have already started preparing for the bill by preparing to use alternative payment methods, which includes credit unions paying up front, to collect dues.

“So if it passes, this is a very bad bill, it will hurt some folks, but my local and [El Paso Independent School District] will be fully functional and provide all the services that my members have come to expect,” Moore told KFOX14.

The contract is the first reached by adjunct faculty at a private university in the South.

The details of the contract were not released publicly, but the union said that every worker in the bargaining unit received a raise.

“What we’ve accomplished over the last ten months since we first sat down with the University at the bargaining table and over the last two years since our bargaining unit first began to organize demonstrates our collective power,” the union said in a statement released on their website. “We acknowledge and appreciate the Duke bus drivers, the food service workers, and the Fight for Fifteen organizers, as well as the other faculty members and graduate and undergraduate students who supported us.”

Yesterday, the National Labor Relations Board ordered Huntleigh Corporation. a contractor at the Dulles International Airport,  to reinstate wheelchair attendant  Swartha Turje, who was fired in December of 2016 in retaliation for participating in a strike demanding $15 an hour. The NLRB also ordered Huntleigh to give her $8,000 in back pay.

“Huntleigh should get the message that they must allow workers to focus on keeping our airports and passengers safe, rather than worrying about being fired at will.”  says SEIU 32BJ Vice President Jaime Contreras.

In the first month of Payday Report’s fundraising, we have so far raised $2,605 from 64 different readers. Payday would like to thank everyone who donated.

Now, we have another 8 weeks to raise $7,395. Contribute today and let’s get some momentum going to hit our goal early.

Finally, longtime Payday subscriber Randy Bryce (aka “The Iron Stache) announced this week that he raised $430,000 from 16,000 donors in 12 days with an average contribution of merely $25.

“We were able to hit one note that needed to be hit – it’s long overdue for working people to represent working people” Bryce says of his viral fundraising success.

Our beloved friends over at the Bitter Southerner have a truly wonderful about writer Meredith Frye childhood growing up in Waverly, Alabama:

My children were sticking wrinkly, saltwater-soaked fingers into a Tupperware of watermelon, and it reminded me of childhood. Sprinkling table salt on the cold, red, seed-filled fruit, which most certainly means I am Southern because we salt our fruit. I don’t know when seedless became all that the roadside stand sells, but it sure takes the fun out of eating it — standing half-naked in the heat of summer, spitting bragging rights from atop hot crossties.

They took the seeds out of watermelons. Such is life these days — trading the natural hours for a minute of convenience.

Watching them that day, I thought about one of the greatest assets of our southernmost states — easy access to beautiful beaches. That remains the same, but as is the trend in life, I’m reminded of all that’s changed.

— The Southern Poverty Law Center has a long look at the poverty that families in Mississippi are left in after ICE deports their family members.

— Finally, IndyWeek takes us back to 1957 to tell the story of sit-in at Royal Ice Cream in Durham, North Carolina which happened nearly 3 years before the 1960 Woolworth Sit-In in Greensboro, North Carolina:

The sit-in didn’t garner much publicity. Williams recalls that it was a quiet summer and most students from the nearby colleges were out of town. Historians and community members attribute it to timing; sit-ins in the South weren’t rampant at that moment. In her book Our Separate Ways: Women and the Black Freedom Movement in Durham, North Carolina, Christina Greene explores another reason: the tensions the Royal sit-in unleashed in the black community. She documents a schism in sentiments about radical tactics.

“Mary Clyburn, who hid her involvement in the sit-in for many years, remembered the ‘ugly faces’ of blacks looking ‘madder than the white folks,'” Green writes.

Even though the sit-in failed to make headlines, it nonetheless generated urgency among some black activists. According to Greene, “it did point black Durham toward the community-based black boycotts and direct action protests of the sixties.” These included regular picket lines outside the ice cream parlor, where participants were largely high school age and nearly half were women.

Go to IndyWeek to read the full story.