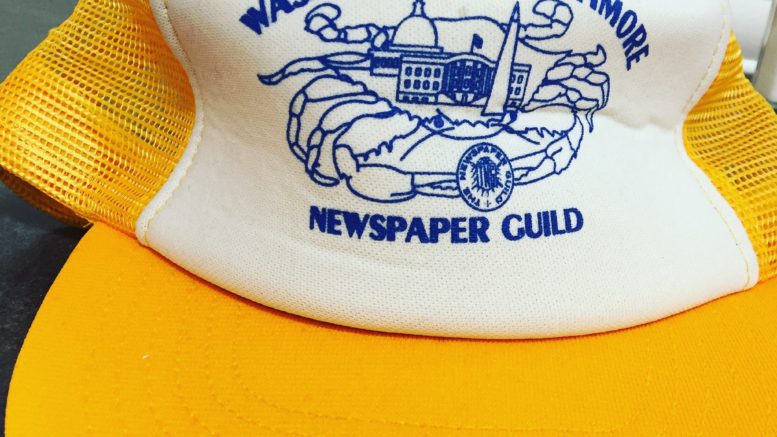 Donald Trump has declared war on the press in the hopes to intimidate us. As unionized journalists, it’s up to us to use our solidarity to push back.

May 3rd is World Press Freedom Day. On May 3rd, let’s march on the White House and in cities across the world against Trump’s attack on the media.

In our industry, we are encouraged not to take long lunches nor show up to rallies, but on May 3rd, let’s do both. Let’s give the cameras a sight for the ages: hundreds of journalists marching on the White House arm in arm for the cause of press freedom.

Let’s call on journalists from around the world to take to the streets to show Trump that we will not be divided. Let’s call on our readers and our allies in organized labor to march with us and show us that the public has media worker’s backs in covering Trump accurately.

As many of us learned in the digital media unionization, when we stand together, we win! On May 3rd, let’s show Trump that we will not be divided.

RSVP on facebook and let’s use this discussion thread as rank and file journalists, both union and non-union, to talk about what we can to coordinate and organize these events.

Obviously, no one organization, group or individual can organize or mobilize this. alone.

Since its World Press Freedom Day, I imagine a number of groups will be doing events. I wanted to throw the idea out there to digital media unionization veterans and get the ball rolling. Everyone who values media should be thinking about what we can do on May 3rd to push back against Trump’s attack on the press.

Lets us this thread as a way to discuss events occuring and keep people posted on what they can do.