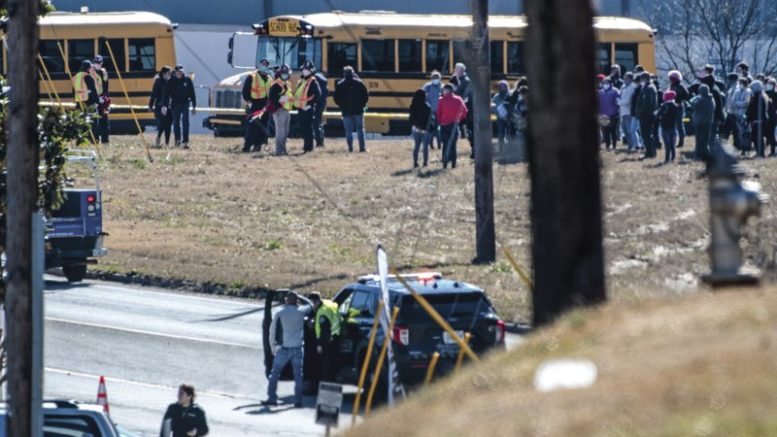 Greetings from the Burgh, where Payday is getting stoked to go down to Alabama to cover a hell of a union battle.

Last night we made huge momentum in crowdfunding our travels to Birmingham, Alabama to cover how 6,000 Amazon workers may vote to unionize.

With crowdfunding momentum like this, it’s best to keep it going.

So, please, keep the momentum going and donate to help us cover the union vote at Amazon.

“First we just thought there was something wrong with the freezer, then they started saying get out,” worker Jameel Fareed told WSB-TV. “I just saw the fog and when I couldn’t see down the steps, I turned around.”

The non-union plant has had a history of multiple safety violations, including being cited by OSHA for two finger amputations in 2017 alone.

The union RWDSU, which represents over 15,000 poultry workers across the South, was quick to point out how the deaths could have been prevented if the workers had a union.

“Had simple safety protocols been followed today, workers’ lives wouldn’t have been on the line,” said RWDSU President Stuart Applebaum in a statement sent to Payday Report. “The egregious, lack of standards at non-union facilities like the one in Gainesville cost essential workers their lives today. We cannot allow this to continue to happen. Workers’ lives are not disposable.”

Management, however, is fighting back.

Workers were forced to attend captive audience meetings in a small cramped room where they later learned a co-worker there had tested positive for COVID:

“Management refuses to listen to us, the frontline workers, and it seems we have another COVID-19 incident every week,” said Haley Arterberry, a mental health counselor at the facility, in a statement from the SEIU-UHW. “Workers are brought into small conference rooms for mandatory, anti-unionization meetings in groups without being tested.”

For more, check out KTVU.

This month, more than 1,000 graduate employees at the University of New Mexico decided to unionize with the UE (United Graduate Workers of UNM/UE). Under New Mexico law, the state is required to recognize any union once a majority of bargaining units have signed up to join the union.

The UE has appealed the decision and is calling on members to sign a petition to pressure the school’s administration to do the right thing.

Finally, in a fitting tribute to the many essential workers killed during the pandemic, the NYC Metro Transit Authority (MTA) has installed digital photo memorials of the 136 transit workers who died of COVID-19, placing them in 107 subway stations throughout the city.

The memorial features the poem, “TRAVELS FAR,” by former U.S. Poet Laureate Tracy K. Smith who pays tribute to the sacrifices of the transit workers.

Several family members who saw the memorial said they were moved by the tribute that millions of New Yorkers who use the transit system will see every day. More from NY1:

“I’m sure they will appreciate the MTA, the employees, who sacrificed to keep the system running, which keeps New York City running,” Thankachan said. “I think it also is a morale boost for the employees of the MTA.”

The head of New York City Transit says this virtual memorial is a way to pay respect when a large ceremony in person is impossible.

“This felt like a way to honor our colleagues in the place that made the most sense in the system, before we’re able to gather as a family,” Feinberg said.

For more, check out NY1

Alright folks, that’s all for today. We’ll be back next week. Meanwhile, feel free to send emails, tips, story ideas, criticism, or comments to [email protected]

Please donate to our fund to cover the union drive at Amazon in Alabama. $1,540 raised so far towards our $3,000 goal! Thank you!
Remember, the best way to support us is to join us and sign up as a recurring donor today.

Be the first to comment on "6 Workers Die in Non-Union Plant in GA – UE Unionizes 1,500 at Univ of New Mexico – Workers Exposed to COVID in Anti-Union Meeting"