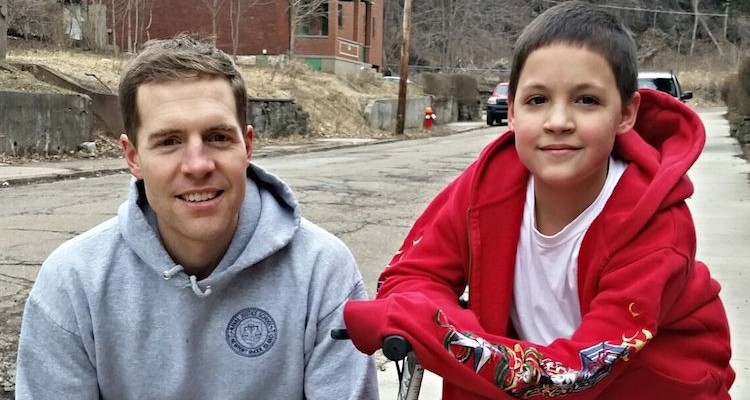 Greetings from these folks tugSouth Hills of Pittsburgh, Pennsylvania, where Payday Senior Labor Reporter is currently stranded as a result of the unforeseen difficulties in finally completing the sale of our Southern labor reporting mobile “The Judge Hanson.”

By sheer luck of accident, Payday Report got stranded in my native Western Pennsylvania just as Republican Tim Murphy’s resignation has set up a special election in a swing district that voted for Trump, but where registered Democrats outnumber Republicans by 70,000.

Payday intends to come North to help knock out a Republican. Donate to Payday to help us travel North to cover this race.

Pittsburgh-area Congressman Tim Murphy, a 15-year veteran of the U.S. House, was forced to resign this week after a sex scandal and accusations that he was abusive to his congressional staffers. The sex scandal involved Murphy, a staunch anti-abortion advocate, allegedly asking his mistress to have an abortion to help cover up their affair.

Murphy’s resignation will cause a special election to be held in his gerrymandered Western Pennsylvania district, which stretches from the inner city suburbs of the South Hills of Pittsburgh all the way down to the West Virginia line.

The district also encompasses exurban industrial suburb Westmoreland County, which has seen its economy wrecked by deindustrialization, and Green County, home to many unionized mines and non-union fracking fields.

(Click here to see map of the district on Wikipedia).

The fight is likely to attract big attention from organized labor because the district is emblematic of the type of longtime union strongholds that have, in recent years, gone Republicans, after the industrial base of the regions has been hollowed out. However, the culturally conservative Western PA district is majority Democrat, with the Party having 70,000 more registered voters in the district than Republicans.

One player likely to get involved in the race is AFL-CIO President Richard Trumka.

Trumka’s father was a union leader in the district. While Trumka’s hometown of Nemacolin is a short 20 minutes away from the district, Trumka himself got his start as a young labor leader organizing many of the miners in the coal fields of the district.

Conor Lamb, a 36-year-old former Marine prosecutor who took on rape in the military in both Okinawa and the Naval Academy, has resigned as assistant U.S. attorney to run for the seat.

As the city’s top watchdog, Lamb has incurred goodwill among progressives by criticizing Mayor Peduto’s staff for engaging in pay-to-play with developers.

His brother, Coleman Lamb, currently serves as a spokesperson for New York Congresswoman Kathleen Rice. Last year, Rice backed an effort led by nearby Youngstown-area Congressman Tim Ryan to unseat Pelosi. Since then, Rice has advocated that the party enable young leadership if it wants to win back key swing districts.

As a Marine Prosecutor, Conor Lamb Took on Rape Cover-Ups in the Military

Much like his Uncle, Conor Lamb has won a reputation as a reformer. As a Marine prosecutor, Lamb took on cover-ups of sexual assault in the Corps, both on Okinawa and at the Naval Academy.

The case was controversial, as the Washington Post revealed that Thompson had conspired with a fellow marine and Naval Academy instructor Major Michael Pretus to lie under oath to a military board.

In 2011, while working as an instructor at the Naval Academy, Thompson slept with two young female midshipman while they were intoxicated. One of the women, who was Thompson’s girlfriend, said that the sex was consensual, while the other said it was rape.

Then, in a shocking reversal in 2013, a military board found Thompson not guilty of all sexual assault charges, but guilty of lesser charges, including conduct unbecoming of an officer. Then, in 2014, an administrative board reversed the military board’s ruling and acquitted Thompson of all charges.

Prosecutors later discovered via texts from Thompson to his ex-girlfriend that he lied about the incident to the board.

In 2017, as a captain in the Marine Corp Reserves Judge Advocacy, Lamb took a leave from his civil job as assistant U.S. attorney for Western Pennsylvania to successfully prosecute Thompson for lying under oath in Quantico, Virginia.

The case was controversial, as Lamb revealed that the Naval Criminal Investigative Service failed to properly investigate the case. Not only was Thompson kicked out of the Marine Corp, but his co-conspirator Marine Major Pretus was removed his job as a history professor at the Naval Academy.

Lamb’s prosecution also led to a judicial ethics board investigation into the case’s previous prosecutor, Aaron Rugh, who was an appellate judge at the time.

So far, it remains unclear if Crossey is going to stay in the race.

There is speculation that now that Lamb, who has deep labor ties, has entered the race that Crossey may drop out and endorse Lamb.

Folks, this is a short Payday as we have been swapped here covering the Western Pennsylvania special election and need to run to the bar to watch the Cleveland play the Yankees.

“It is an absolutely lovable, admirable team from Tito Francona on down,” says Moreno, a native of Mexico, who has adopted the Cleveland team as her own.

“I mean reggaeton music is so much of their walk-up songs” Moreno texted to Payday.

Many others are starting to jump on the Indians bandwagon. However, the Indians’ name has repeatedly faced protest from indigenous groups and anti-racist activists who find the team’s name and mascot, the screaming Wahoo, offensive.

Payday’s suggestion is to rename the team after Larry Doby, a World War II veteran and the first African American to play in the American League. (A native of South Carolina, Doby also attended Long Island University on a baseball scholarship, where Moreno teaches, increasing his chances of winning over Cleveland fans recently evangelized by the energetic Moreno).

Doby , a Negro League star, first played integrated baseball while serving in the Navy on the remote South Pacific base of Ulithi during World War Two.

In 1947, Cleveland Indians owner Bill Veeck,  who lost his leg while fighting in the Marine Corp in the South Pacific, signed Doby shortly after Robinson appeared in the minor league.

Recently, African American Pitt Law Professor Doug Branson, who grew up as a boy in Ohio, listening to stories of Doby’s exploit wrote a book entitled “Greatness in the Shadows: Larry Doby and the Integration of the American League.”

“I was seeing ‘42’,” Branson told the Post-Gazette. “and at the end it said Larry Doby integrated the American League 11 weeks later. Well Larry Doby was a childhood hero of mine, but I never knew that he was racial pioneer. So I went home and I got on Amazon, and I found out that at that point, there were 55 biographies of Jackie Robinson and there was one book written about Larry Doby.”

Folks, that’s all we gotta go watch baseball. Throw us a few bucks so we can afford beer.

Be the first to comment on "Marine Prosecutor, Who Took on Rape Culture on Okinawa, To Run in Western PA Special Election"