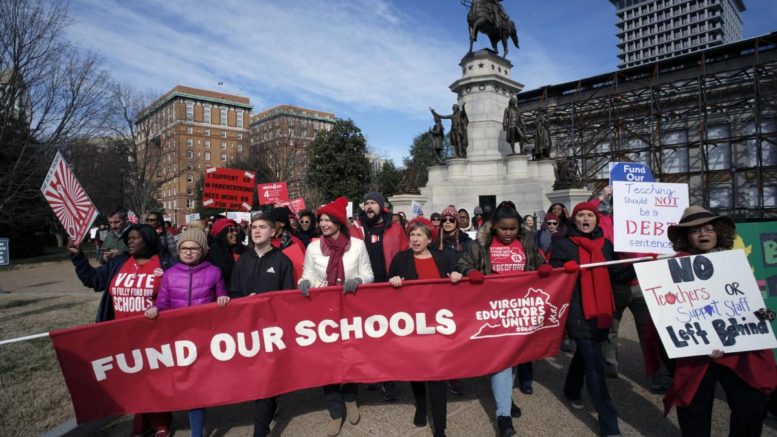 Writing for Guardian, Payday Senior Labor Reporter Mike Elk filed a dispatch from Richmond on a historic day for educators in the Commonwealth State:

Although the walkout lasted for only one day and many school districts in Virginia did not participate, Coleman said that the action gave teachers a new sense of confidence and power.

“I think this will definitely take us to a different level,” said Coleman. “I think one of the things that teachers often fear is that there will be some type of repercussions for speaking out. So I think today shows you know what, we can do it and there aren’t going to be any repercussions, and instead there can be positive things that can happen for taking the time to speak out.”

Go to the Guardian to read the full the story.

Be the first to comment on "10,000 March during Historic Virginia Teachers’ Walkout"