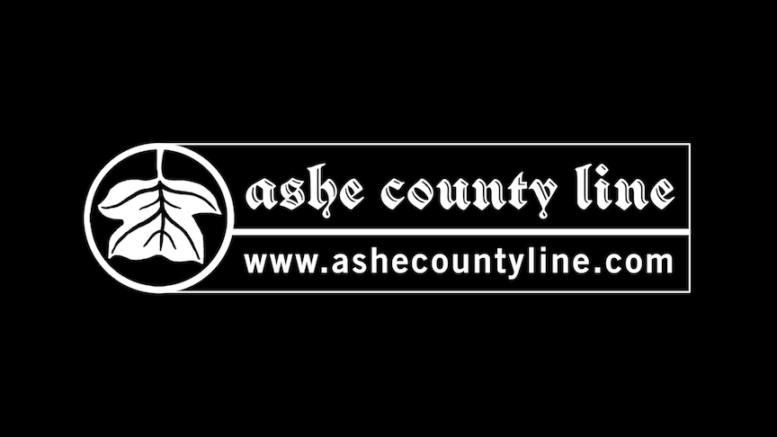 Payday is excited to team up with the Ashe County Line, a paper in rural Western North Carolina to cover elder care work organizing in the South.

“The Ashe County Line is an experiment–so far a successful one–in home-grown community journalism and online publishing in “news deserts” where there are no longer any locally owned and produced media outlets. We believe our “co-op LLC” model is a workable option for certain types communities, and we are happy to partner with other regional news outlets that are working in various ways to present relevant news coverage and other content, outside the scope of regional or national media corporations, that wouldn’t otherwise be made available” said Dylan Lightfoot, editor of the Ashe County Line.

Donate to Payday to help us cover stories in news deserts that others aren’t.

Nationwide, more than one million Americans are employed as home health care aides, providing day-to-day care for some of the most vulnerable of our society, particularly the elderly. It is among the fastest-growing yet lowest paid professions in the country. Elderly people need a lot of care as they get on in their years, so it is important for them to know that there are people out there that will help and support them, whether that be at home or in a facility. Because of this demand, there are such things as an elderly care franchise for communities so they can give their senior citizens the aid they need.

To many, their work may appear unskilled-clothing, feeding, bathing, and monitoring basic medical care. But working with elderly people, especially those struggling with dementia, takes training and experience. Although the need for healthcare workers may increase, students applying for such jobs may decrease due to high training costs. Students who are passionate about nursing should search for free cna training support and career guides that can assist them in achieving their goal of becoming a nursing assistant.

“People might not think it’s that difficult because it’s, ‘Oh, just give this person a bath,'” says Cody Darnell, a former CNA (certified nursing assistant) and now coordinator for the Community Paramedic Program at Ashe Services for Aging in West Jefferson, NC. “But to have the training to approach a person with dementia, [it’s] very extensive and it really takes a lot of time. You have to have a lot of techniques of redirection because you can make or break a client’s whole day based on how you approach them.”

Despite their critical role in taking care of those who can’t take care of themselves, home health care aides in NC make as little as $8 an hour and average less than $12 an hour-roughly $2 below the national average-leaving many unable to afford health care for themselves.

Beth Trent of Lansing, NC, is a trained home health care aide who, after years in the profession, was making only $8.75 an hour working the midnight shift caring for elderly patients.

Unable to make ends meet, Trent left home health care to return to food service, where she started. She now works at a local fast food restaurant for just $1.50 less than she made as a CNA.

“It’s not just a job. You care for these people. You just don’t do your job, get in and get out,” says Trent. “You’re not doing your job right if you don’t get attached.”

A CNA certification typically take two years of training. “There is a huge skill [for] elder care work that is not appreciated because it takes a special person and a special way of doing health care to really reach these individuals,” says Darnell.

In addition to the challenges of forming intimate relationships with patients, who they often spend all day with, home health care aides often have to assess symptoms of disease and work closely with nurses to monitor conditions.

“The nurses really don’t get enough time to spend with them, and as a CNA, you get to spend more time…because you are the one bathing them, dressing them, feeding them,” says Trent. “They need that comfort.”

Not only can the work be emotionally exhausting, it’s also physically demanding.

“Often lifts aren’t available, so you have to [move patients up and down stairs] manually, which is incredibly hard on your back, your shoulders, your legs,” says Trent. “And a lot of times, they are patients who are very mentally and physically aggressive…. On any given day, there’s a chance you could get cold-cocked in the face by an elderly man having a bout of dementia. It is what it is.”

For decades, home health care aides’ wages remained low because they were exempt from the 1938 Fair Labor Standards Act, meaning they couldn’t unionize or even be guaranteed the minimum wage.

In 2013, the NDWA won a massive victory when the Obama administration implemented rules giving home health care aides the right to the minimum wage and overtime wages. The win helped to give the organization the enthusiasm to launch organizing efforts across the country.

“The biggest barrier to organizing has always been the sense of isolation that so many workers feel,” says Oran. “Now, though, we are starting to see those barriers broken down and people are beginning to organize. For workers, there is no better thing they can do to improve their conditions.”

In 2016, the NDWA launched a chapter in NC. So far, the enthusiasm they have found in the state is high but much fear still exists. The group has mainly found support in areas like Durham and Raleigh. Increasingly, however, the NDWA is making inroads into traditionally non-union areas in rural NC.

“I think people would be too afraid of losing their jobs or whatever risks might be involved in doing that,” says Trent of CNAs in rural counties. “It’s incredibly easy to fire someone. It’s as simple as a nurse doesn’t like you and you get fired.”

With success in other states using both union organizing and campaigns to influence legislators to improve conditions, the NDWA hopes they can change the culture of fear in places like NC.

“In the past, there has been serious tension between labor and disability rights advocates because you have seen unions, in a fashion similar to prison guard unions defending mass incarceration, defending continued institutionalization of people with disabilities in order to protect those jobs” says Ari Ne’eman, an advisor to the ACLU on disability rights.

“And you still see that tension, but what’s exciting is that over the last 10–15 years, we have seen different unions shift their focus and instead try to emphasize improving the pay and benefits for workers supporting the elderly and disabled in the community…”

Increasingly, the coalition is winning significant victories. In April, Washington State became the first state to pass a law that would provide up to $36,000 in long-term care benefits for elderly and disabled individuals. The bill is paid for by a 58 cents tax on every $100 in income by a worker in Washington State.

Washington Governor Jay Inslee, a 2020 presidential candidate, says he intends to make long-term care a significant issue in 2020. As the health care debate gets underway for the next election cycle, advocates like Ari Ne’eman expect to see a much broader dialogue about fully funding long-term care.

For healthcare workers like Trent, such policy changes could mean being able to make ends meet doing what they’re trained to do.

“I love people; I specifically love elderly people. That was mainly the reason that I did the job because I enjoyed listening to them, hearing their stories and just generally spending time with them,” says Trent. “It’s a shame it’s so tough to stay in this profession.”

Be the first to comment on "Western N.C. Newspaper & Payday Team Up to Cover Elder Care Worker Organizing"