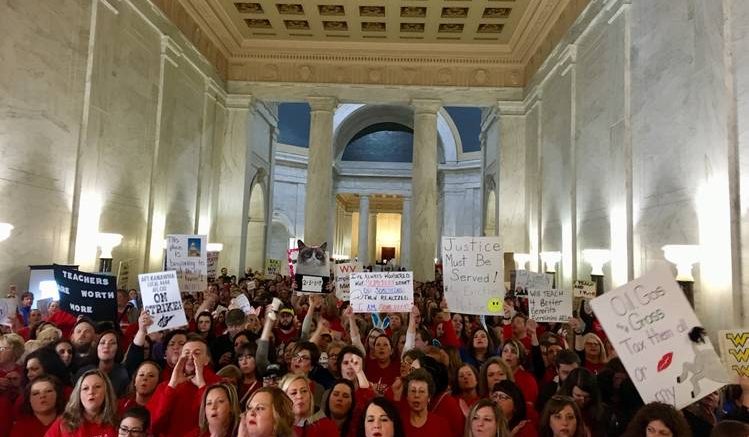 After 4 days of striking, the West Virginia teachers’ union has reached an agreement to end their historic work stoppage.

Under the deal, the teachers would get a 5% raise during the first year. Initially, teachers had been offered 1% raise.

The state also agreed to appoint a task force to look into improving the troubled Public Employee Insurance Agency, which insures the teachers.

The teachers will return to classes on Thursday after a brief cooling-off period.

“This is a good day,” Gov. Justice said at the end of his press conference on Tuesday evening. “This is an investment in West Virginia.”

Justice said that the raises would be paid for using new funds based on revised revenue projections.

“With the growth in the economy that happens nationally, and we’re seeing evidence of this here and there, it’s not irresponsible to project these numbers,” said Governor Justice’s Chief of Staff Mike Hall at a press conference.

It’s unclear if Republicans in the state legislature will accept the deal. Republican Senate President Mitch Carmichael said he was not sure if he could pass the deal this weekend.

“It would be completely frivolous and ridiculous to embrace this proposal this far down the session” Carmichael told reporter Jeff Jenkins.

Teachers’ union leader Christine Campbell praised the deal, but said there were more labor struggles ahead.

“This has been a huge step in the right direction,” AFT-WV President Campbell said in a statement. “And this is not the end. This is the beginning.”

Donate to Help Payday Continue to Do Hard-Hitting Labor Coverage.