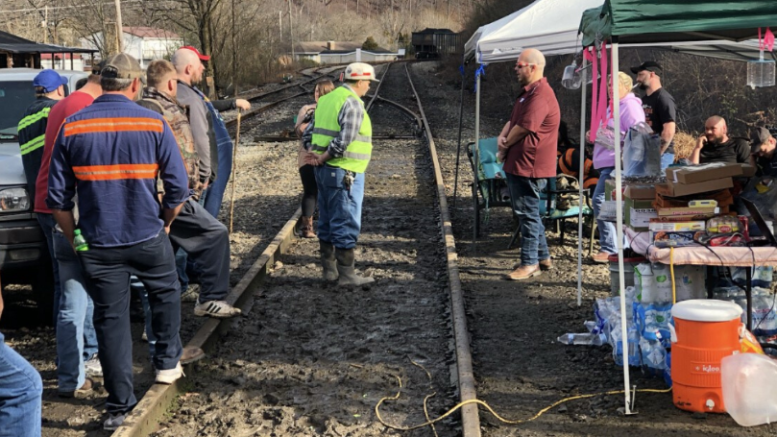 Folks, Greetings from the Burgh, where we are going to see the 4K re-release of Matewan tonite. The beer at one of these fancy theaters may be expensive, so throw a few bucks in the hat.

Help Us Meet the $317 Healthcare Premium This Month

One of the worst parts of being a freelancer is having to meet your healthcare premium each month. Mine is $317, and now that my deductible has reset, I am paying $125 a pocket per weekly physical therapist appointments.

So, donate this month.

We rely on readers like you to get by. Donate Today

One group of media workers got justice this week is a group of hundreds of camera operators.

In 2003, CNN ended its contract Team Video Services after a group of 300 camera operators opted to unionize.

Later, CNN rehired some of those camera operators in-house, but not all of them. CWA has long argued that those who weren’t rehired were discriminated against because of their union views.

In 2008, the workers’ union NABAT-CWA won a ruling that the workers were dismissed illegally. However, for more than a decade, CNN has fought the union in court.

Then, NABAT-CWA got presidential candidates to agree to boycott CNN’s coming debate unless a deal was made. CNN folded, agreeing to pay more than $76 million to hundreds of camera operators.

“We are grateful to Democratic National Committee Chair Tom Perez for his help ensuring that this debate will proceed without the disruption of a labor dispute,” said Communications Workers of America President Chris Shelton. “The Democratic presidential candidates demonstrated their commitment to working people by intending to honor the picket line.”

Over at HuffPost, Dave Jamieson has a good look at how unions have used the threat of boycotts to achieve results for workers employed by universities hosting debates.

In August, a group of coal miners blocked a train from leaving the Blackjewel mine in Harlan County, demanding that Blackjewel pay them the money that they were owed.

After two months, the miners were a large portion of the backpay they were owed and, since then, through court actions, have won even more.

Inspired by the Blackjewel, train blockade, another group of miners in Pike County, Kentucky, blocked a coal train for three days until their employer Quest Energy, where they hadn’t been paid since December 27th.

Now, after a three-day protest, the company has agreed to pay them their back pay. The train blockades could become the beginning of a new trend in Appalachia.

For more than 82 days, a group of bus drivers employed by Transdev, a contractor of DC Transit Authority’s Cinder Road Garage, were on strike over the company’s refusal to agree to a contract.

The Cinder Road Garage was the only garage that was outsourced by DC’s transit authority. If the contractor had been able to break the union, many fear that the privatization of DC’s Metro service would continue further.

The strike helped inspire a week-long strike by more than 500 Fairfax Connector bus drivers employed by DC Metro. That strike, which lasted for five days in December, lead to DC Metro’s agreeing to no longer outsource more work.

Now, subcontracted workers at the Cinder Road Garage have won the first contract, and the union feels a new sense of power.

“This strike was always bigger than one garage,” said Raymond Jackson, President of ATU Local 869, in a statement released by the union.

Alright, folks, my shoulder is killing me, and I can’t type anymore, but donate today, and we will be back next week with me.