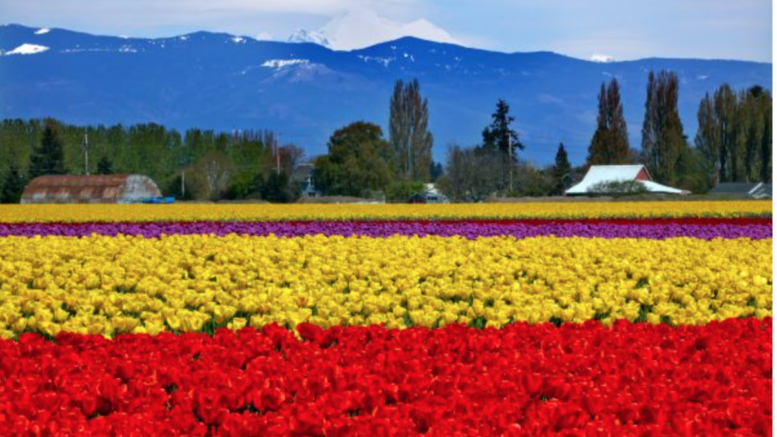 Greetings from the Burgh, where I am struggling w/ migraines from long COVID recovery, but excited about all the strikes happening around the country.

Thanks to everyone who donated to our Long COVID Recovery Healthcare Fund. Your donations help a lot as I continue a very rough struggle.

Ahead of the famous Skagit Valley Tulip Festival in Washington State that begins next week, over 70 tulip workers went on strike today. The members of the independent farmworkers union Familias Unidas por la Justicia are demanding better pay and improvements in working conditions.

“This is a very lucrative and very prestigious event that happens here,” union leader Edgar Franks told KING 5.  “However, one of the things that many people don’t talk about is the labor conditions of the workers that make [the festival] possible and what they go through.”

For more, check out the Facebook page of Familias Unidas por la Justicia

Across the nation, hundreds of Disney employees including the cast of Raven Symone’s “Raven’s Home” walked out yesterday to criticize Disney’s tepid response to a new bill in Disney’s home state of Florida that forbids teachers from speaking about LGBT issues in the classroom.

“In support of our LGBTQ+ family and all of those who will be damaged by the ‘don’t say gay bill’ we the cast of Ravens Home are walking out,” Symoné wrote on Instagram. “In today’s world it is imperative that we take stands, show support, and move forward not backwards.”

For more on the walkouts, check out NPR.

In Sacramento today, approximately 3,000 teachers have gone on strike to protest a contract proposal that would force them to pay more for healthcare while only offering them a 2% pay raise; which would not keep up with inflation at 6%. They asked that federal funds set aside for teachers as part of the federal CARES Act be used for the pay raises and to address understaffing.

“The district’s cynical, bad faith proposal shows that the superintendent and school board are motivated by an agenda to maximize operating profit at the expense of student learning,” said union leader David Fisher, who is also a second-grade teacher, in a statement released by the union.  “The state and federal governments have stepped up to help schools in this time of need. In stark contrast, Superintendent Aguilar and the school board refuse to act and our students suffer as a result.”

Some parents say that while it’s unfortunate their kids will be out of school, they plan to be out there supporting the teachers.

“Is this how I’d like to be spending my week? No. This is very painful for a lot of people,” A.M. Elementary School parent Cyd Jaghory told KTXL. “My kids are going to be writing letters. They’re going to be practicing public speaking. They’re going to be on the picket line and we’ll discuss why it’s important that they’re there.”

For more, check out KTXL

“We need these basic improvements to our working conditions for ourselves and our families because no one working for a multibillion-dollar corporation like Maximus should have to worry about how they’re going to make ends meet,” call center worker Mya Harris told the Advocate.

For more, check out the Advocate.

Alright folks, that’s all for today. If you can, donate today to our Long COVID recovery fund.

Please consider signing up as one of our 677 recurring donors today.