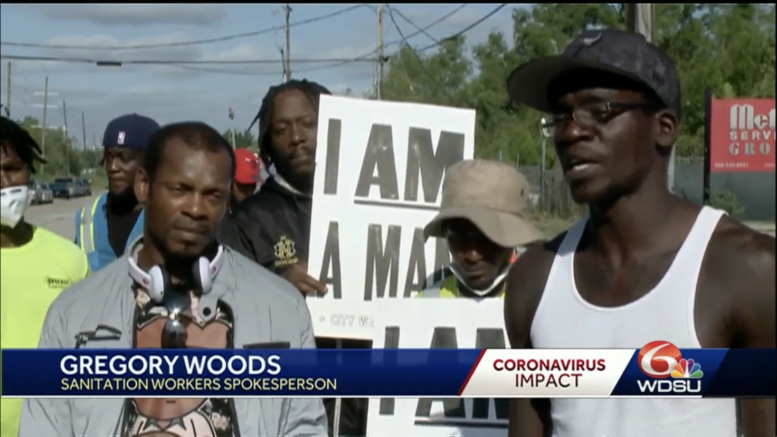 Greetings from the Burgh, where we are having our first Orange Ozone Alert of the year. The air is terrible, and I’m hacking out my lungs.

Air Unsafe to Go Outside in Pittsburgh Even for Healthy Adults

“It’s so bad for your health, even for those of us who are healthy,” Group Against Smog and Pollution Executive Director Rachel Filippini told KDKA-TV in Pittsburgh. “But for young children, the elderly, asthmatics, those who have to work outside, they are especially vulnerable.”

The air is so bad that I am feeling really sick and thus a delayed Payday. Donate so I can keep paying for asthma meds and affording my health insurance.

Strike for Black Lives In 25 Cities on June 25 Wins Some Union Support.

The growing Black Lives Matters Strike Wave has reached over 600 strikes since June 1 got a massive boost of momentum today.

A coalition of 150 organizations, including major unions like SEIU, AFT, and Teamsters, all put out a call for #Strike4BlackLives on July 20. Other organizations supporting the strike include the National Domestic Workers Alliance, the Movement for Black Lives, and the Center for Popular Democracy.

The coalition is calling on workers everywhere to stop work for 8 minutes and 46 seconds in honor of George Floyd.

In some cities, workers intend to strike all day. Many workers may aways start organizing to plan for a short work stoppage, may choose to then extend it into a larger work stoppage as momentum for #StrikeforBlackLives builds.

The coalition is already planning actions in at least 25 major cities across the U.S.

One worry from some of the growing, non-traditional BLM strike movements is that employers often cooperate with workers in calls to stop work to address racial justice issues on the job as a way to co-opt support for Black Lives Matter.

The action on the 20th plans to draw a sharp challenge to those running positive PR about Black Lives Matters while simultaneously treating their workers poorly.

“They claim to support Black lives, but their business model functions by exploiting Black labor — passing off pennies as ‘living wages’ and pretending to be shocked when COVID-19 sickens those Black people who make up their essential workers,” Ash-Lee Woodward Henderson, co-executive director of Tennessee-based Highlander Research and Education Center, one of the organizers told the Associated Press.

March Comes Before Pandemic Unemployment Benefits Are Set to Expire

The planned strike comes only a week and a half before Pandemic Unemployment Benefits of an extra $600 a week are set to expire.

So far, Republicans in Congress and the Trump Administration have resisted expanding the benefits that former Vice President Joe Biden and Democrats in Congress oppose. With a likely political showdown over the benefits, a strong strike showing could help create additional political pressure to expand them.

The #Strike4BlackLives is also designed to help unite the labor movement, and the Black Lives Movement.

(See our 3,600-word long-form “How Black & Brown Workers Are Redefining Strikes in the Digital COVID Age.”)

The coalition has issued a list of demands that include calls for criminal justice reform, COVID relief, regulatory reform, and the right to join a union.

“JULY 20TH is a day of reckoning,” the coalition said in its call to action. “Across the country, workers will rise up to strike for Black lives. Together, we will withhold our most valuable asset — our labor — in support of dismantling racism and white supremacy to bring about fundamental changes in our society, economy, and workplaces. Join us in walking out for justice.”

Randi Weingarten, President of the 1.6 million-member American Federation of Teachers, who helped lead a series of dramatic teachers, strikes that launched in the #RedforEd Strike Wave in 2018, is working to mobilize teachers on behalf of the cause.

“The AFT supports our sisters and brothers who are Striking for Black Lives,” Weingarten told Payday Report in an email. “We cannot turn a blind eye to the deleterious impact of structural racism, and we will stand with our allies to demand justice and to build a more equitable future for all.”

In many cities and states, parents are pushing schools to re-open so that they can return to work or at least work from home without having to play stay-at-home teachers to their children.

This week, Trump threatened to withhold federal funding from schools that didn’t re-open, leading to cries that teachers unions may strike this fall. But teachers are fighting back.

“I double-dog dare Donald Trump to sit in a class of 39 sixth graders and breathe that air without any preparation for how we’re going to bring our kids back safely,” National Education Association President Lily Eskelsen García told CNN’s New Day.

Finally, Payday was one of the first publications blowing the whistle early on about the threat of COVID in immigrant meatpacking plants.

“This new CDC report makes clear what UFCW has been saying for months. The COVID-19 pandemic is far from over, and its impact on front-line workers — especially workers of color — is continuing to increase,” said UFCW Vice President Mark Lauritsen. “American workers simply cannot survive with the current patchwork of safety measures put in place by a fraction of companies and states. Without a strong national standard, millions of workers are still unprotected and vulnerable.”

That’s all for today folks. Donate so we can keep telling the story of labor’s fightback against racial injustice and COVID.

Be the first to comment on "#StrikeForBlackLives in 25 Cities on July 20th – 16,000 Meatpackers Got COVID – Teachers Strikes Looking More Likely"