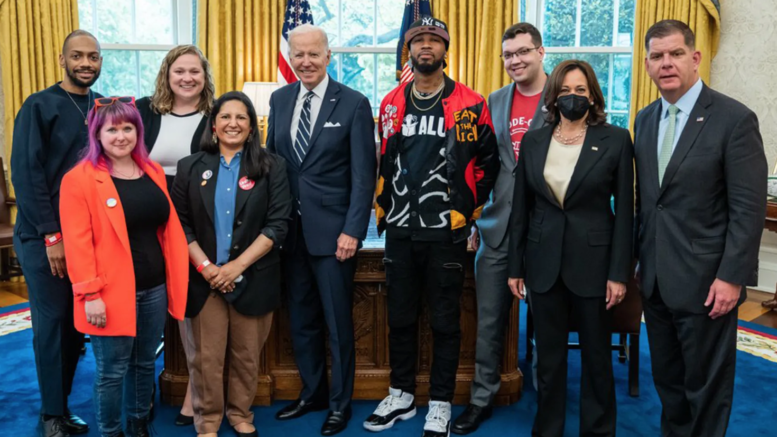 Greetings from the Burgh, where a group of elected officials have written a letter denouncing a Steve Irwin-linked super Pac for running an ad accusing African-American State Representative Summer Lee of backing Donald Trump.

AIPAC and affiliated super PACs are dropping more than $2 million in ads against Summer Lee in a tight race with corporate attorney Steve Irwin, who co-owns a law firm that has done anti-union work.

May 17th is election day and we need your help to cover this crucial election of national importance right here in Pittsburgh.

Donate today to help us cover this election. And please, if you can, sign up as one of our 688 recurring donors.

In countries like Poland, Iceland, and Ireland, workers have gone on strike for abortion rights. Now some activists in the US are trying to organize a week-long economic strike over abortion rights beginning on Mother’s Day.

“Our human rights have gotten stripped away to the point where protest doesn’t really do a whole lot anymore,” said TikTokker @graceotto0 in a video about the strike. “The only language America speaks is money and exploitation, so let’s show them how integral we are to this system.”

For more about the strike, check out the group’s homepage, which gives instructions on how to run a strike.

Yesterday, President Joe Biden met with union activists in the White House including Amazon Labor Union president Christian Smalls and workers representing Starbucks, the Baltimore Public Library, and REI. However, Starbucks executives are upset that the unionizing Starbucks employee was invited to the White House.

“We believe this lack of representation discounts the reality that the majority of our partners oppose being members of a union and the unionization tactics being deployed by Workers United,” wrote Starbucks executive AJ Jones II in a letter to the President.

Read the full story and the letter at the HuffPost.

In Santa Maria, California,  workers at JB Berry farms are on strike with the support of  The Mixteco Indigena Community Organizing Project (MICOP) and the Central Coast Alliance United for a Sustainable Economy (C.A.U.S.E.).

The workers are currently paid only $2.10 per box of strawberries picked. They are asking for a raise to $3.50 per box.

“The things we are earning, it’s not enough for food,” farmworker Rosalina Sebastian told KSBY. “The rent is expensive, the gas is going high.”

For more, check out KSBY.

“We just want to be compensated fairly compared to officials in the rest of northeast and central Pennsylvania,” umpire Jim Elliot told WOLF. “They’re not going to work for the rates that are being offered.”

For more, check out WOLF.

Alright folks, that’s all for today. Donate to help us cover this crucial highly watched Congressional race right here in Pittsburgh. Please, if you can, sign up as one of our 688 recurring donors.