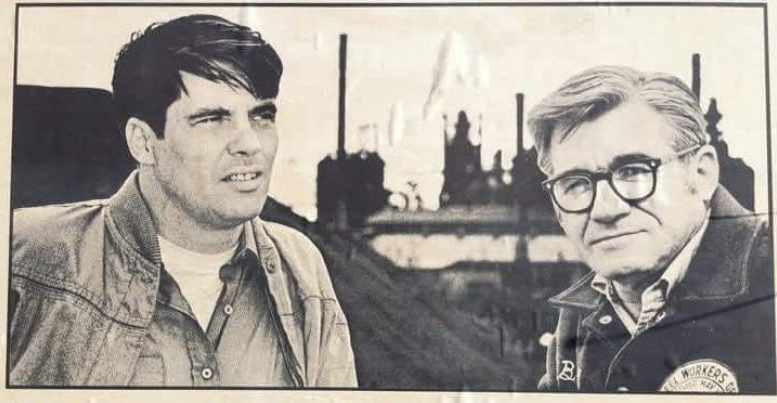 Four decades ago, the union reform network known as Steelworkers Fight Back fielded two candidates. One ran for international president of the union then known as the United Steel Workers of America (USWA) and the other ran for director of its largest district, covering mills and manufacturing plants in Chicago and Gary. "Oil Can" Eddie Sadlowski (left) was the insurgent candidate for president, and his long-time ally in Chicago, Jim Balanoff (right) ran for District 31 director.