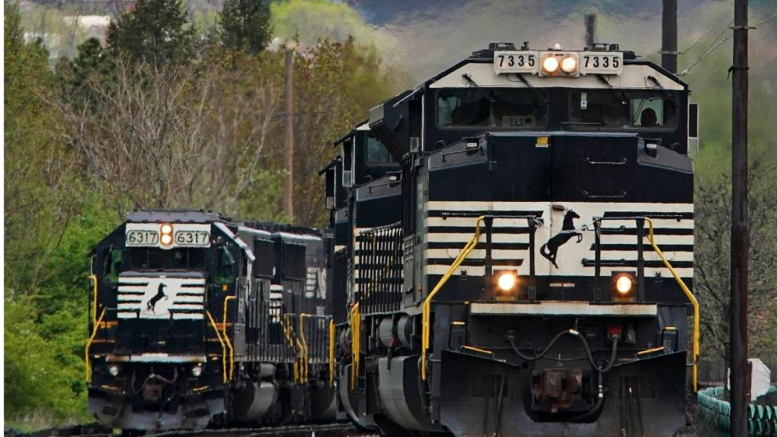 Greetings from the Burgh, where I’m getting ready to leave to cover the election in Brasil in a week. I’ve been hustling to fundraise to replace a broken iPhone and cover other travel costs before heading out on Sunday.

A big thanks to our readers who collectively donated $300 last night! We’re aiming to raise another $600 this week to hire local reporters to help us while we report on Brasil’s upcoming presidential election.

Donate today to help us hire local reporters to assist us with our labor reporting.

Please, if you can, sign up as one of our 725 recurring donors today.

In a sign that rank and file railroad members are upset with the Tentative Agreement reached by various unions, Railroad Workers United has called for railroad workers to support mass picketing on Wednesday.

“The rank and file is not standing idly by, but is mobilizing, as evidenced by the group that has come together to call for Wednesday’s action,” said Railroad Workers United President Ron Kaminkow in a statement.

For more on railroad workers’ action this week, check out the Railroad Workers United page.

In Nashville, Tennessee, seven immigrant women employed by EventWork Rentals were fired after working with the Worker Dignity Center and demanding promised wage increases and additional staffing to help with overwork.

The women, who named their group Las Guerreras Hondureñas (The Honduran Warrioresses), have filed NLRB charges against their employer, who they say retaliated against them after they began organizing for better working conditions.

“We went on strike because $15 an hour is not enough to survive as a single mother in Nashville,” Yamina, one of the workers fired from EventWorks, said in a statement put out by Workers’ Dignity.

For more on the struggles of Las Guerreras Hondureñas, check out the Workers’ Dignity Facebook page.

In Philadelphia yesterday, over 200 members of AFSCME Local 397 went on a one-day strike as the union remains frustrated with contract talks with the Philadelphia Museum of Art.

“I have to work two jobs in order to afford my bills and just to live,” Juliet Vinegra, a PMA worker, said in a press release. “The museum has not come to the table with proposals that actually show fair pay for us. They have come consistently with 2%, which is below cost of living and we have not received raises in years.”

For more, check out AFSCME’s webpage.

In yet another sign of a growing strike wave, over 100 workers are on strike this week at Elkhart Products Corporation in Elkhart, Indiana.

It’s the first time since 1968 that the long unionized workers have been on strike.

“We’re striking the company because that proposal included a 15% copay for medical insurance as well as only a $0.50 cent raise which would put all these members $70 short a week on their check,” David Gault, a business rep with Machinists Local Lodge 2018, told WBND.

For more, check out WBND.

Finally, Billy Penn has a look at how a Philadelphia craft maker helped to organize the first Etsy Strike:

Online marketplace Etsy recently made changes that sparked resistance from the independent sellers that make up the platform, and a Philadelphia craftsperson played a considerable role in helping merchants start to push back.

Eighty thousand sellers signed a petition ahead of a 30,000-seller strike in April, demonstrating that while they create their products independently, they don’t want to deal with the ecommerce company alone.

Now the strike’s organizers have cemented that fact by creating the Indie Sellers Guild.

For more, check out Billy Penn.

Alright, folks, that’s all for today. Donate to help us cover this crucial presidential election in Brasil. Please, if you can, sign up as one of our 725 recurring donors today.