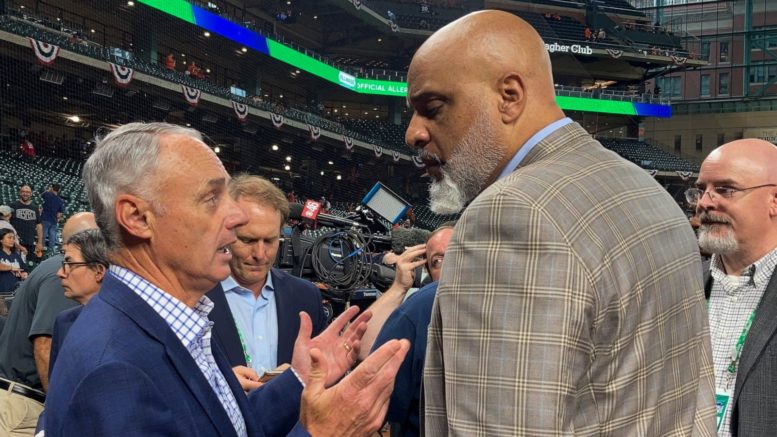 Greetings from the Burgh, where Payday just returned from a 1,200-mile car journey through the Mountain West.

Thanks again to all of you who donated to pay for gas, rental cars, and hotels on the trip.

We will have several stories from the trip coming out in the next few weeks.

In Minneapolis, over 4,000 teachers and school staff are on strike for the first time in 50 years.

“We’re on strike for safe and stable schools and systemic change,” Greta Callahan, president of the teacher chapter of the Minneapolis Federation of Teachers, said at a Tuesday morning news conference.

For more on the latest state of negotiations as the strike enters its second day, check out the Star Tribune.

Also, be sure to follow author Eric Blanc who’s on the ground in Minneapolis. Blanc is the author of Red State Revolt, a book on the 2018 #RedforEd teachers’ strikes.

Postal Workers Win 15-Year Legislative Fight
For years, a requirement that made the Postal System pre-fund its pension 75 years in advance hurt the union. No other pension system in the U.S. has been subjected to such an agreement, and money that would routinely go toward wages or healthcare was instead spent meeting these pension requirements.

“It is not an exaggeration to say that this bill is one of the most critical pieces of postal legislation in modern history — the struggle to win Postal Reform has been 15 years in the making,” American Postal Workers Union Legislative and Political Director Judy Beard said in a statement.

For more on what the bill does, check out the FAQ from the American Postal Workers Union.

Poll: Fans Side 2-1 with Players Over Owners

Yesterday MLB announced it was canceling the second season of baseball because the players’ union refused to bend to the owners’ demands and end the lockout.

However, a new poll by Morning Consult shows 45% of baseball fans blame the owners for the MLB lockout, while only 21% of fans blame the players. Another 34% of fans have no opinion on the lockout.

In past baseball labor struggles over the last 40 years, polls showed fans were against the players. But this new polling perhaps signals a new shift in the fans’ opinions of the players’ union and perhaps unions in general.

For more on the significance of this, check out Yahoo Sports.

Finally, many unions and Democratic candidates get all their material made at unionized print shops, thinking that they are contributing to better pay for print workers.

However, one union print shop in Akron, American Made Bags, got busted yesterday by the Department of Labor for wage theft.

Following two separate DOL investigations, a federal judge ordered American Made Bags to pay $189,765 in back wages and damages to 48 different employees.

“After our first investigation at American Made Bags LLC, the company agreed to change their pay practices and comply with the law,” Wage and Hour Division Acting District Director Dieera Fitzgerald in Columbus, Ohio, said in a statement. “We discovered, however, they failed to live up to that agreement, stopped paying overtime and once again shortchanged their workers. The Wage and Hour Division will not tolerate disregard for the law and attempts to cheat workers out of their hard-earned wages.”

Alright folks, that’s all for today. Donate to help us pay off our health insurance for the month and support our work on union busting in national parks.

Please, consider signing up as one of our 671 recurring donors today.