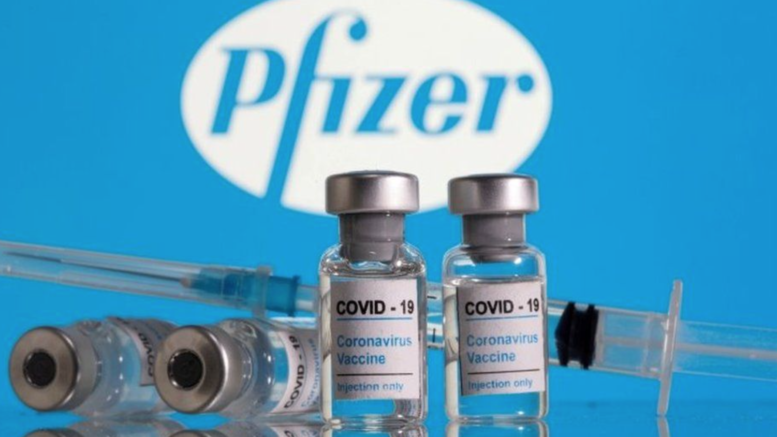 Greetings from the Burgh, where we are back after a week off, and I feel rejuvenated and relaxed.

Thanks to all of our readers who donated to our vacation fund so that I could take a week off and relax.

Like many people, I like to take vacations during the summer, which is why it’s the ideal time to sign up as one of our 705 recurring donors.

Sign up as one of our 705 recurring donors today and help us create a sustainable fundraising base.

Last week, Payday reported on Labor Lab’s finding that Pfizer, which is making profits of $1,000 a second as a result of vaccine production, has hired an army of union busters.

Additionally, Payday Report has learned that workers are attempting to unionize more than 1,000 employees at Pfizer’s largest plant in Portage, Michigan. They are unionizing with the Chemicals Workers Union, which is affiliated with the UFCW.

At issue is the fact that Pfizer has eliminated overtime pay for workers scheduled for more than 5 days in a week; as a result, the manufacturing facility has had a hard time retaining employees.

“We have people jumping ship like crazy,” one employee told WWMT.

For more, check out WWMT

In St. Louis, scores of bus drivers held a “sickout” strike during contentious contract talks. The workers are upset by Metro Transit’s proposal to give workers only a 2% raise at a time when inflation is 8%.

“They worked through COVID and we had a driver shot last year. This is a very rough time,” Catina Wilson, vice president of Amalgamated Transit Union Local 788 told the St. Louis Post-Dispatch. “I think this is our members acting on emotions.”

For more, check out the St. Louis Post-Dispatch

As summer continues, many workers find themselves with employers that do little to protect them from rising temperatures. In Hartselle, Alabama, KFC workers have been working for more than a month without air conditioning, leading to temperatures as high as 95 degrees.

“It was just miserable,” Ta Edwards told WNHT. “I mean, you [have to] think as hot as it is outside, and then we have ovens and fryers and different cookers.”

Upset over the lack of company action, the workers went on strike yesterday.

For more, check out WNHT

In the spring of 2020, Payday Report covered a series of bold strikes over farm and fruit workers in the Yakima Valley, Washington led by the independent union Familias Unidas por la Justicia. The strikes shut down more than a dozen sites throughout the Yakima Valley.

Now, the workers are launching the Fair Work Center to assist workers without a variety of problems. Crosscut has more:

With many agricultural workers still far from unionizing, other outreach and organizing efforts become just as important.

Alvarado of the Fair Work Center cited a recent legal clinic in Yakima held in partnership with the Washington State Labor Council and the Latino Bar Association, which brought in some agricultural workers who had been reluctant to take much action. Alvardo said Fair Work Center staff, including Lara, had been educating these workers on their rights to a safe working environment but they were reluctant to talk to anyone about their specific situation.

Going to the legal clinic was a big first step for them and shows the value of building trust over time, said Alvarado.

“It’s that relationship building,” she said. “People have been so ignored and disrespected. We really have to earn people’s trust.”

For more, check out Crosscut

130th Anniversary of the Battle of Homestead Strike

Finally, this week, we commemorate the 130th anniversary of the Homestead strike when 7 strikers were killed advocating for collective bargaining rights at US Steel.

In 2020, I gave a tour of the Battle of Homestead site with the Empathy Media Lab.

Alright folks, that’s all for today. Please, sign up as one of our 705 recurring donors to give us increased financial flexibility.

Keep sending tips, story ideas, complaints, and comments to [email protected]. Thanks again for all the support and suggestions.