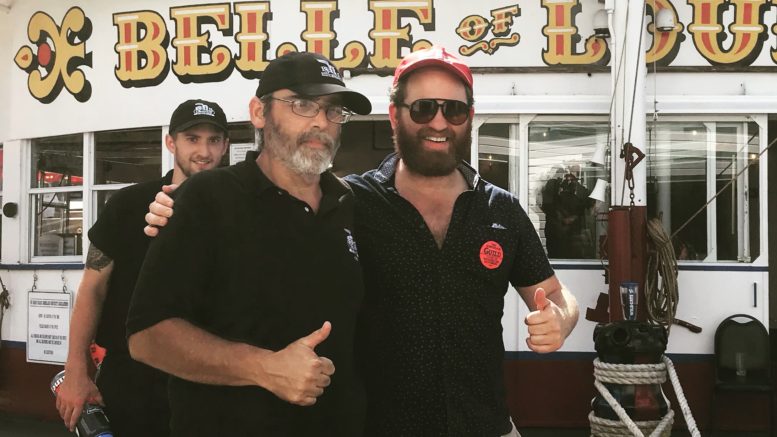 Greetings from Louisville. Earlier today, I went out to visit my friend JP Wright on the historic steamboat, the SS Belle of Louisville, where he works.

Before the trip, I had so much anxiety about bills after a month-long reporting trip through the South that saw us spend time reporting in Nashville, Huntsville, Memphis, Austin, Houston, New Orleans, and Birmingham.

But I decided to take JP’s advice to take a three-hour tour on the Belle and just relax.  By the boat docked three hours later, we had raised $820.

One reader signed up for a $160 dollar recurring yearly annual membership while another Lynn Stepanek donated $600. This wasn’t the first time that Lynn has put her money where her mouth is in supporting labor journalism.

I can’t tell you what it means to me as a labor reporter to know that my readers have so much solidarity with our labor reporting project here at Payday.

Readers like this just take such an amazing burden of stress on me and I can’t tell you what it means to me especially on Labor Day.

We can help here at Payday to start a conversation about what solidarity between readers and labor reporters looks like. We are doing every day.

Three years ago, when I was fired at Politico for union organizing, I faced the blacklist and so many of you felt that I deserved another chance, so we built a publication that has covered more than 220 stories in the last two years.

We covered the stories of union organizing in the South, among Latino workers on constructions, and among teachers in red states that so much of the media was ignoring. We were the only publication on the left on the ground in four of the states where teachers struck this year: West Virginia, Oklahoma, Arizona, and North Carolina.

Our solidarity has done incredible things in telling the stories of so many and has slowly helped build the foundation for a new generation of online labor publications built by workers to tell the story of workers.

So this labor day if you can give the gift of labor reporting, sign up for a yearly recurring membership or make a one trip contribution.

Spread the word, lets build a model here at Payday of reader-labor reporter solidarity that can help spark a movement to have deeper conversations about what rebuilding the labor press looks like.