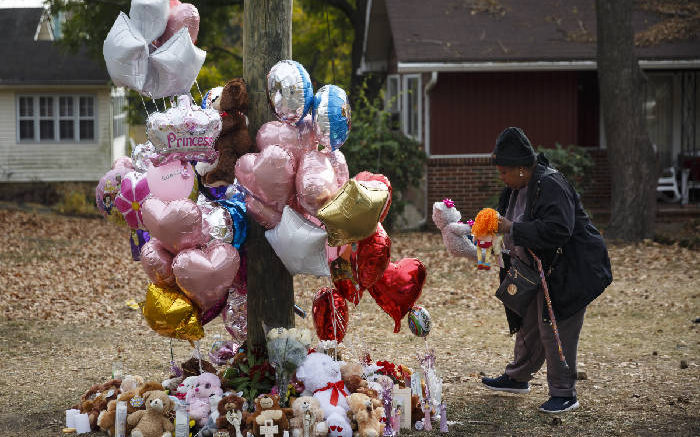 This Lunch Pail goes out to adjunct faculty at Tampa-area Hillsborough Community College, who after a long two-year campaign, have voted to join SEIU by a margin of 339-189. The victory marks the first time a union has successfully organized a union for adjunct faculty members in the state of Florida.

This week, Payday exposed how organized labor had long warned school districts across the U.S. that the culture of low wages, workplace intimidation, and disregard for safety at Chattanooga school bus company, Durham School Services, would lead to an accident. Now, even more, details have emerged suggesting that the culture of low wages at the company contributed to the deaths of six children in Chattanooga this week.

Yesterday, the National Transportation Safety Board (NTSB) announced that the bus driver, Johnthony Walker, that in addition to his duties as a bus driver that Walker also worked the graveyard shift. Starting wages for bus drivers at Durham in Chattanooga are only $13.30 an hour and in order to provide for his three-year-old daughter, the 24-year-old Walker routinely worked from 6 P.M. to 6 A.M. at Amazon’s warehouse several nights a week.

Fatigue is commonly associated with accidents in the transportation industry. As a result, the federal government mandates that train operators and interstate truck drivers are required to have sufficient time to sleep in between shifts. However, no such standard of required rest exists for school bus drivers in the State of Tennessee.

Stay tuned for more from Payday Report on this major story and its implication on the privatized school busing industry.

The local Chattanooga corporate media outlets were quick though to place all of the blame on the bus driver, but Payday reporting suggesting on Durham’s long history of worker intimidation and safety violations helped changed the narrative in a big way. Despite being a small one and half person shop, Payday’s reporting on worker intimidation & safety violations reached over 30,000 readers mainly in the Chattanooga area.

Given the impact that our reporting has in the Chattanooga region, we wanna keep covering privatized school busing and help lead the fight for reform in Tennessee. However, given our meager finances, Payday has been focusing most of our time on fundraising instead of reporting.

Donate today so that we can focus full-time on this for the next months and seek justice for these six dead children.

We have just received a small grant from the Newspaper Guild and have several major funders that are interested in funding us, but they want to know above all else is that we are sustainable and growing. Even if you can give, only $3 a month, it helps us how that our dream of community supported labor reporting truly is possible.

Currently, we have 65 dues paying readers contributing $755 a month. Dues paying readers get invited to our monthly conference call to give input about our coverage. As well, dues payers get free media advice on their organizing projects from Payday Senior Labor Reporter Mike Elk, an alumni of POLITICO, MSNBC & In These Times.

Over 3,600 workers, members of IUE-CWA Local 83-761 voted overwhelming this week to reject GE Appliance’s most recent contract offer by a margin of 72% to 28%. The contract contained a number of unpopular measures including a provision that allowed GE to lower starting wages to $12 an hour and would have made it tougher for workers to earn overtime pay.

“We can’t be pushed down any farther than we are,” said Jeff Lindsey, a washer line worker making $15.50 an hour told WDRB 41.

On Tuesday, 250 ABX Air pilots, members of the Teamsters, who deliver packages for Amazon, went on strike. The pilots complained that they are often overworked due to a shortage of pilots and demanded that the company increase staffing levels. However, a federal judge quickly squashed the strike citing concerns that the strike could negatively affect holiday shopping.

In August, Payday reported on a strike of 570 maintenance workers, members of Machinists Local 850. employed by Alutiqui at Tinker Air Force Base in Oklahoma City. After 112 days out on the picket line, workers have voted to end their strike.

President-elect Donald Trump promised during his campaign to deport 11 million undocumented workers. Since being elected, he has scaled back that figure to 2 – 3 million undocumented immigrants. However, the agriculture industry is still nervous that the deportation could deprive them of the workers needed to stay profitable.

Now Trump’s top agricultural advisor is attempting to calm fears from farm bosses scared of losing their workers. The Writers Guild-represented Huffington Post has the story:

Tom Nassif, one of Trump’s agricultural advisers, says the president-elect won’t hurt the industry. Nassif is also the president and CEO of Western Growers, which represents farmers in California, Arizona and Colorado.

“I don’t fear what he’s going to do on immigration reform,” Nassif told HuffPost. “I believe the president-elect is very sensitive to the needs of agriculture and I would be surprised if we saw any mass deportations in agriculture.”

Still, Nassif said he’d like Congress to step in to help protect undocumented farmworkers. He supports finding a path to citizenship for those laborers, similar to the “blue card” legislation approved by the Senate in 2013. Then-Speaker John Boehner blocked it, and it did not come up for a vote in the House.

“They want and need and should be allowed to come out of the shadows and have a normal life, because they’re providing a service to us by harvesting our crops,” Nassif added.

Miner Protection Act Could Get A Vote in the Lame Duck

Last month, Payday reported that billionaire anti-union coal owner and Super PAC donor Joe Craft was blocking the Miner Protection Act from coming to a vote in an effort to hurt his unionized competitors. Craft has given approximately $400,000 to Senate Majority Leader Mitch McConnell (R-KY), who so far has refused to bring the bill to a vote, despite the bill having overwhelming bipartisan support from coal state Senators.

Without passage of the Act, many in organized labor warn fear the United Mine Workers Pension and Retirement plan, which covers 120,000 beneficiaries, will slip into insolvency in the next year.

The Miner’s Protection Act would transfer up to $490 million per year – and an estimated average of $220 million per year over the next decade – from the EPA’s Abandoned Mine Lands to the United Mine Workers’ benefit and pension programs. In addition, the bill would revise the Coal Act, which provides government-funded health care to retirees at bankrupt companies, to cover miners whose companies have gone bankrupt after the bill was last revised, in 2006.

Some in organized labor are feeling optimistic that the Miner Protection Act will get a vote in the lame-duck session after a bipartisan group of 22 Coal State Senator sent a letter to McConnell this week calling for the bill’s passage.

Over 2,500 graduate employees at the Duke University are seeking a union election this year. However, campus administration has come out firmly against the union drive and even hired a notorious union-busting law firm to stop it. Indy Week Labor Reporter Paul Blest, a friend of the Payday Report, has the story:

According to filings with the National Labor Relations Board, the University has also hired Proskauer Rose, a firm known for its anti-union efforts in major sports leagues, to represent the university.

Proskauer Rose has also represented Columbia University in its own union busting efforts when graduate students there attempted to form a union. The firm also represented the New York City Metropolitan Transit Authority (MTA) in labor negotiations for nearly two decades, but quit in 2009 because, according to sources of the New York Daily News, agency heads were too friendly with labor.

When asked why they went with Proskauer Rose, Schoenfeld responded: “The University continues to believe that a union is not in the best interests of the students or the university. We will use whatever resources that we deem appropriate to protect that position.”

Apparently, the nation’s sex workers have a plan to push back against Donald Trump:

Ari, a New York-based social worker who moonlights as an escort, says that Republican clients kept the city’s sex workers busy during the week after the election.

“During election week I had sex with a lot of Republicans,” Ari, who asked to use only her first name, tells Rolling Stone. “Everyone in the [online] sex worker forums was making jokes about it, because it was banging last week.”

Thanks to sex workers, that Republican money is going to causes like Planned Parenthood and the Standing Rock protest. Many are also advertising special fundraising shifts at strip clubs and organizing through private Facebook groups and other online forums where sex workers share vital information about clients and police stings as well as posting photos of gently-used platform heels for sale.

For more, check out Rolling Stone.

Finally, Longreads has an excerpt from Patrick Phillip’s Blood at the Root about the forcible removal of a large African American community from Forsyth County, Georgia in 1912:

In 1907, W. E. B. Du Bois had put into words what every “colored” person in Georgia knew from experience, which was that “the police system of the South was primarily designed to control slaves. . . . And tacitly assumed that every white man was ipso facto a member of that police.” In the first decade of the twentieth century, the days when all white men had been legally empowered to pursue and arrest fugitive slaves were only fifty years in the past, and the fathers and grandfathers of many locals would have been part of such posses in the days of slavery.

Written traces of the raids are few and far between and consist mostly of vague reports of “lawlessness” after dark. Since journalists only started writing about the expulsions once the wagon trains of refugees grew too large and too numerous to ignore, it is hard to say precisely what took place on those first nights of the terror. Some of the attacks later made headlines in Atlanta (“Negroes Flee from Forsyth,” “Enraged White People Are Driving Blacks from County”), and it’s likely that similar raids had been happening since the discovery of Mae Crow’s body in early September.

For more, go to Longreads.

That’s all for today folks, be sure to donate to Payday Report – we promise to spend the money wisely and efficiently at Costco.

Be the first to comment on "Overwork Cited in Tenn. Bus Deaths – Trump Ag Advisor Reverses on Deportations – Louisville GE Offering $12 An Hour"