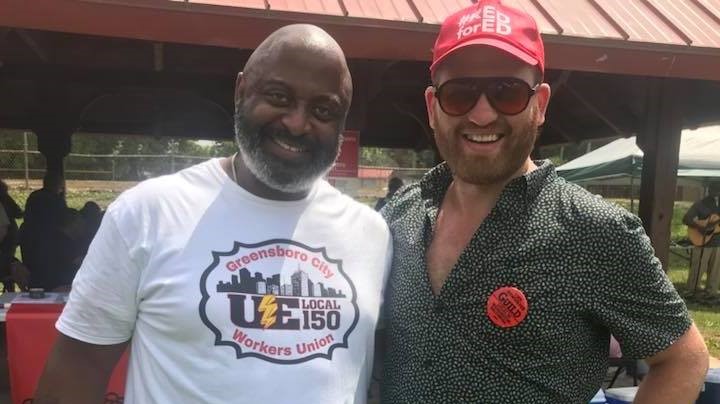 This week marked the 4th anniversary of my firing from Politico for union organizing in August of 2015. At the time, many said that I would never work again.

Indeed, when Politico was negotiating my NLRB settlement in the summer of 2015 with my union, Politico’s lawyers at Littler Mendelson refused to even consider signing a non-disparagement; making it very clear that they intended to disparage me in order to make an example fo me in order to stop the burgeoning digital media unionization.

For nearly a year, I struggled to find publish as I suffered a nervous breakdown under the weight of the blacklist. Friends started to encourage me to start applying for jobs outside of journalism as I struggled to even buy groceries.

But then the workers that I had written about in so many of my stories started coming to me and telling me how much they missed my reporting. They started encouraging me to start my own publication.

And in the spring of 2016, down south in Chattanooga, Tennessee, we launched Payday Report. Since then, we’ve produced over 300 stories, raised over $100,000 directly from our readers, and had a very impact on the labor reporting beat

Just today, my work on the connection between ICE raid and immigrant workplace deaths was cited in the New York Times.

We were the first national outlet to cover the news of the brewing West Virginia teachers’ strike back in December 2017. Thanks to reader donations, we were one of a handful of outlets with a reporter on the ground in all five states with teachers’ strike last year: West Virginia, Oklahoma, Arizona, North Carolina, and Kentucky.

And while the success of Payday has exceeded my wildest dreams, it still is not fully financially sustainable. I’m forced to engage in constant viral fundraising and hustling for freelance assignments in order to stay afloat. And I ask your support to donate once again.

Four years after my firing from Politico and what many assumed was the end of my career, I look back on what we have been able to achieve in beating the blacklist and I am simply amazed.

We still have so much work to do. So donate today.

Thank you once again.