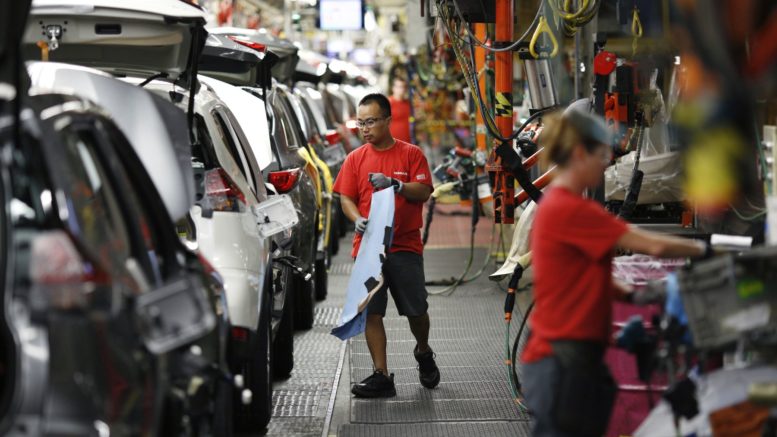 Greetings from the Burgh, where I’m finally getting my energy back and feeling good after several weeks of being quite ill.

Now that I’m more energized, I am finding myself needing to play catch up on fundraising.

Our fundraising videos highlight our accomplishments and explain the reader-funded mission of Payday Report.

Having videos that present our most recent up-to-date impact reporting, helps us attract new readers and subscribers.

Our last video was made last August and Payday has accomplished so much since then that we want to highlight to our readers.

So, please donate so we can afford to make a new fundraising video.

Last week, over 100 teachers in New Jersey’s Asbury Park chose to participate in a “sickout’ strike on Friday to protest a decision the school board made last Wednesday.

Teachers say the selection process failed to include an in-depth survey that teachers conducted which ranked which superintendent they would like to see selected. Instead, the school board chose to hire the candidate that teachers in the survey said was the “least liked” of all the candidates

“They (teachers and staff) are so pissed off at the board’s action on Wednesday evening,” Asbury Park Education Association President John Napolitani told the Asbury Park Press.

For more check out the Asbury Park Press.

Earlier this year, the Machinists Union filed to unionize 87 heavily skilled maintenance workers at Nissan’s plant in Smyrna, Tennessee. With such a small group of workers, the Machinists focused for months and months on organizing, thinking they would have a realistic chance of winning a toehold to larger organizing at Nissan.

However, on Friday, the NLRB ruled that the Machinists Union would have to hold a union election for all of its 4,000 workers in the plant from July 7 to 8.

With the Machinists having done very little organizing among other workers, such a large election would be very difficult for the union to win.

It’s unclear at this point if the Machinists will move forward with the election and risk a likely loss at the plant, or, move ahead.

The Machinists did not return requests for comment at time of publication.

For more, check out the NLRB ruling here.

During the pandemic, the Austin EMS (Emergency Medical Services) Department saw a huge turnover in EMS workers with many leaving the profession. Now, the Department says they have 100 openings they’re struggling to fill and it could lead to more lives being lost.

The Austin-American Statesman has the story:

Austin-Travis County EMS medics struggled to reach victims of the mass shooting on East Sixth Street in downtown Austin early Saturday, and the head of the EMS union worries that the same problem could happen again without a dedicated downtown team.

Sixth Street was barricaded to vehicle traffic and was crowded with foot traffic, when medics responded to the shooting at 1:25 a.m. They took four wounded people to the hospital via ambulance, and Austin officers shuttled six other victims in police vehicles, EMS officials said. Three victims got to the hospital in private vehicles.

“We should never have police officers transporting victims,” Selena Xie, Austin-Travis County EMS union president, said. “But because we don’t have an established downtown group, it makes it really hard to get enough ambulances in and also get them into a position where they can transport patients.”

For more, check out Austin-American Statesman

Donate to Help Us Film a New Fundraising Video.

Your readership matters to Payday and if you have any ideas or segments of appreciation that you want to include in the new fundraising video, let us know.

We’re only 4 away from meeting our recurring subscriber goal — so sign up today to become one of our 596 recurring donors!