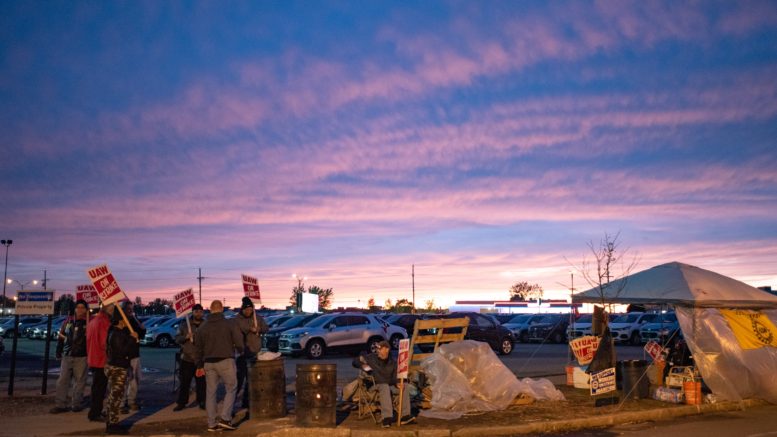 Payday Report has learned that UAW officials expect the UAW and GM to settle on a tentative union contract in the next 24 hours.

The UAW is currently summoning 175 local union leaders to Detroit on Thursday, where the UAW hopes to present a final tentative agreement for approval.

The role of these local union leaders will be crucial in getting the membership to accept the deal. During the West Virginia Teachers’ strike, union teachers continued their strike after rank-and-file union members rejected the first deal. In 2015, Chrysler workers also voted down a union contract by a margin of 2-1.

The UAW has already said that they won’t end the strike until members ratify the contract, a process, which could take through the weekend.

It’s unclear which way members will vote until the final details of the agreement are known.

Many workers are financially tapped and want the strike to end as soon as possible while some strikers, who have saved up money or have spouses with good jobs, say they are willing to hold out for even longer.

Payday will release more details as they become known.

Help Payday Stay on the Road Through the Vote Ratification Donate

Be the first to comment on "Nearing a Deal, UAW Will Require GM Workers to Vote on Ending Strike"