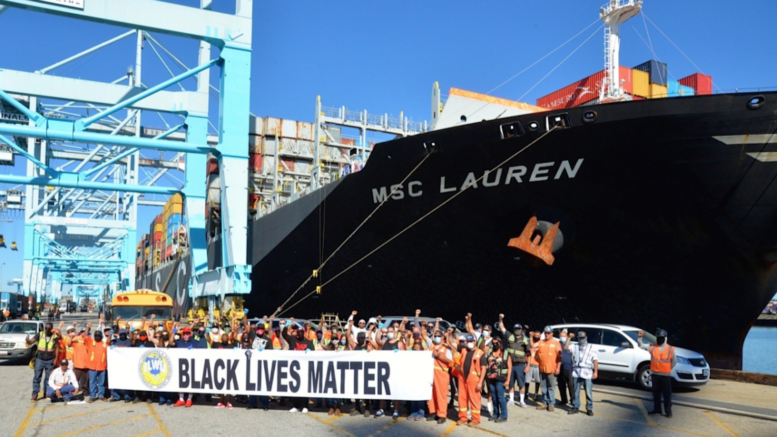 Greetings from Philly, where I’ve spent the day traveling and interviewing a Brazilian trade union delegation that is in town for the National AFL-CIO Convention

Donate to Help Us Cover the AFL-CIO Convention

While we have a free place to stay in town, we still have to pay for food costs and the train ticket. Please donate to help us cover our travel costs.

If you can, please sign up as one of our 694 recurring donors today.

Today, Microsoft and CWA agreed to a union neutrality agreement.

Under the agreement, Microsoft has agreed not to engage in union-busting and to bargain contracts with any unit that may unionize. The agreement would go into effect as Microsoft acquires Activision, which recently unionized, and could open the door to more tech organizing.

“Earlier this month we announced a set of principles that will guide our approach to labor organizations, and the Activision Blizzard acquisition is our first opportunity to put these principles into practice,” said Microsoft President and Vice-Chair Brad Smith in a joint statement released with CWA. “We appreciate CWA’s collaboration in reaching this agreement, and we see today’s partnership as an avenue to innovate and grow together.”

For more, check out the joint statement from CWA and Microsoft

While Juneteenth was added as a federal holiday last year, many workers still do not enjoy the day off. This year, since June 19th is a Sunday, thousands of longshore workers at 29 different ports along the West Coast, members of International Longshore Workers Union (ILWU), are going on strike on Monday June 20th to demand the right to take the day as a paid holiday.

The walkout comes as contract talks between the ILWU and the ports are heating up.

For more, on the walkout, check out CNBC

In Springfield, Illinois, quarry workers employed by Hanson Material are on strike.

Many workers say they are fed up with short staffing at the quarry, which often forces employees to work 12 hour days, 6 days a week. They say they are especially frustrated with the refusal of management to negotiate a contract in good faith.

“The company has not engaged honestly in negotiating a new contract,” Local 916 President J.P. Fyans said. “There have only been a few bargaining sessions held and workers are sick and tired of their employer’s games. We are proud to stand together with our Operating Engineers brothers and sisters during this trying time.”

Alright folks, that’s all for today. Donate to help us cover our travel costs at the AFL-CIO Convention. Please if you can, sign up as one of our 694 recurring donors today.