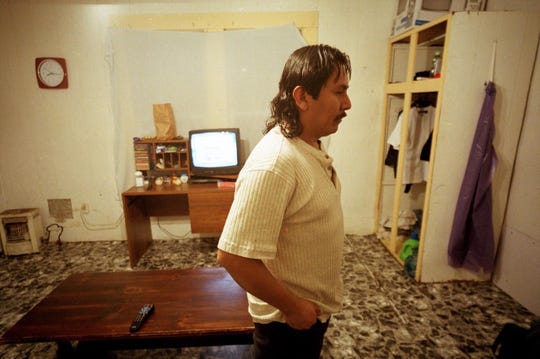 Greetings from the Burgh, where the air quality today is #2 for worst pollution in the nation again.

Over 200 Strike This Spring

Donate to help us keep covering labor’s fightback against COVID.

PPE Workers Go On Strike In Pennsylvania Under Unsafe Conditions

Taking advantage of the demand for masks, many garment manufacturing businesses are switching production lines.

However, it appears that the same PPE manufactures aren’t taking needed precautions. Earlier this month, immigrant PPE workers in Chicago struck over unsafe conditions.  It is no wonder that strikes are happening as a result of poor protection, workers are scared about what may happen and they want to be assured that they are working in safe and secure conditions with a lower threat. That is why cleanliness is key in fighting through Covid so that people do not suffer. For instance, in some areas of business where there is a lot of contact, there is a demand for cleaning supplies, this can mean that they look at where to buy demineralised water, disinfectant sprays, bulk buys of disposable gloves and cloths, etc. the list is endless. But when these protocols are not followed, people’s lives are at risk and they won’t stand for it.

Now, football-jersey workers who were converted to PPE makers in Pennsylvania are striking as well. From PA Post:

Hoffman thought the company misrepresented working conditions in its March 21 waiver application to the state. That application said fewer than 10 workers would be on duty at any given time. But Rock wanted more than 10 people sewing. The March 21 waiver application also described 50,000 square feet of space, enough for workers to spread out and practice social distancing. Hoffman said that number refers to the footprint of the entire building and its warehouse, while sewing would be done in a 2,100-square-foot room, he said.

Hoffman said he didn’t receive a copy of the March 21 waiver application until April 6, included as part of a packet of information that employees could provide to law enforcement in case they were questioned about why they left their homes during the governor’s shutdown orders.

He said he started looking at that application closely after Rock pressured him to add more. Hoffman’s safety plan proposed that six workers would work in the sewing room, each producing masks independently. But Rock proposed 14 people sewing at once, working in an assembly line with each person making just part of a mask.

Hoffman said 14 people working in the room at once wouldn’t leave adequate space for social distancing when staff walked to and from their workstations.

Payday mourns the loss of Celso Mendoza today, an immigrant union leader, who died of COVID after warning his co-workers of its dangers.

Angela Stusses, who previously wrote about Mendoza’s effort to successfully organize a union at his plant in the mid-2000s, has a moving obituary of him in the Clarion-Ledger:

Celso and I first met in 2002, shortly after each of us first arrived in Mississippi. Our friendship was an unlikely but easy one. As a graduate student studying the labor practices of this industry, I had a lot to learn from Celso.

He had migrated from Veracruz, Mexico, to work in the chicken plant for $6 an hour. While it wasn’t much, by sharing a house with a dozen others from his village he was able to send money home to support his family there.

I remember sitting on a sagging sofa in the living room of the house they rented our first winter in Forest. Bundled in coats, hats, and gloves, we laughed together over our favorite telenovela, “Pedro El Escamoso,” enjoying the opportunity to unwind after a long day.

The floor sloped down toward one wall, and there was a 2-inch gap under the front door. A tiny electric heater worked overtime in the middle of the room, but it did little to keep us warm. The pipes had been frozen for three days, the central heat wouldn’t turn on, and the plumbing was out of commission. This was no small problem for a household of 13 men who handled raw chicken for most of their waking hours, yet their landlord rarely responded in a timely fashion to their maintenance requests.

This is the life of many immigrant poultry workers throughout the U.S.: earning far less than a fair wage, paying far beyond a fair price for housing, barely scraping by, year after year. But if disadvantage dampened Celso’s spirits, he didn’t let on, and he always fought for what he knew was right.

For more, go to the Clarion-Ledger.

The evidence is emerging that there will be increasing outbreaks among migrant farmworkers in the US. While farmworkers often practice social distancing in the field, the bigger problems appear to be employer-provided housing.

From the Syracuse Post-Standard:

The company, Mastronardi Produce of Canada, took measures to protect those workers from the coronavirus, officials from Madison County and the company said.

But it didn’t matter. At the end of each workday, 186 workers left the giant farm in vans and on buses, to return to hotels where they lived four to a room and slept two to a bed.

The workers’ living conditions, chosen for them by the labor company that hired them and brought them to Oneida, were perfect for the coronavirus to dig in and take hold.

The indoor farming complex is now the site of the biggest coronavirus cluster in Upstate New York, according to Gov. Andrew Cuomo’s office. The only cluster outside of New York City that was bigger was in New Rochelle.

“They were living in close quarters, together, so it was ripe for spread,” said Eric Faisst, Madison County public health director. “The conditions were perfect.”

For more, go to the Syracuse Post-Standard.

Big 3 Automakers to Re-Open May 18th

The UAW resisted attempts to re-open the auto industry in early May, saying that there was not enough testing to adequately protect workers.

Now, the UAW has agreed to allow auto plants to re-open May 18th.

“Yeah, reopening, mixed bag, some are really looking forward to it, chomping at the bit to get back to work and other are very hesitant. Either way it looks like the start date for first and second shift is Monday, the 18th,” UAW Local 1087 President Dan Maloney of Rochester, New York told WXXI.

Finally, one group of workers, who have been forced to work through the pandemic, are app delivery drivers, who work for low wages and tips as independent contractors, and have no workers’ compensation or paid sick days as a result of COVID.

Lauren Kaori Gurley over at Vice has a look at how many of these drivers can’t even find places to go to the bathroom:

Long before the coronavirus outbreak, finding access to a bathroom was a challenge for gig workers who have been known to carry pee bottles in their cars, and make detours to gas stations, public libraries, and even emergency rooms to relieve themselves.

The problem has gotten a lot worse in recent weeks. Workers say the majority of chains and independent restaurants, including Applebee’s, Chipotle, KFC, and Subway, have closed their restrooms to all non-employees, which includes gig workers. On a recent Reddit thread titled “Where the fuck am I supposed to pee? These restaurants aren’t letting me use the restroom anymore,” Manhattan food delivery workers on bikes advised each other to pee discreetly between cars, on construction sites, and in parks.

As neither customer nor employee, gig workers do not have the right to bathroom access during work hours; federal labor laws require that employers provide at least one bathroom for roughly every 15 workers, but that rule excludes gig workers who are considered independent contractors. Holding one’s pee for long periods of time can eventually lead to urinary tract infections and incontinence.

That’s all for today folks, donate so we can keep covering labor’s fightback against COVID.