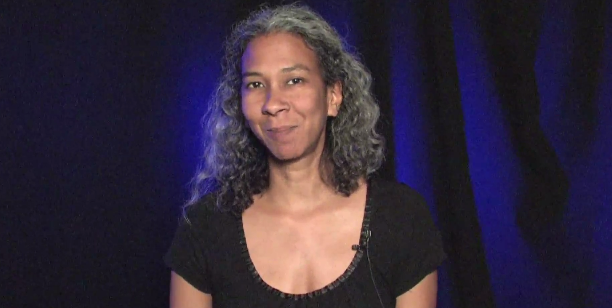 Payday Report’s Mike Elk Sat Down to Talk with Veteran Labor Reporter Janine Jackson on the media is misunderstanding workers in the age of COVID-19. (Listen here).

Janine Jackson: US news media right now are all about saluting, or celebrating, frontline workers, the heroes of the coronavirus pandemic. That’s great, but how deep does it go?

Does it translate to ongoing awareness, or substantive support, for workers’ right to health and safety, even when no pandemic is raging? And when workers act for themselves in an organized way, as thousands are doing right now across the country—well, then they stop being people and become labor, and evidently move to a different, less friendly place in the elite media mind.

There is no real labor beat, as there once was, in corporate media, and few journalists who see workers as their story, or see stories through workers’ eyes, day in and day out. We’re joined now by one who does. Mike Elk is senior labor reporter and founder of Payday Report, online at PaydayReport.com. He joins us now by phone. Welcome back to CounterSpin, Mike Elk.

Mike Elk: It’s great, as always, to be on your show, Janine.

JJ: Straight information, first of all, because I don’t actually know that folks who aren’t actively seeking it out are going to be hearing it. So can you just give listeners an idea of what worker actions are happening right now around the country? And to what extent do they fit with the maybe textbook understanding of organized labor?

ME: Yeah, we’re seeing the largest strike wave that we’ve seen in any period. On my website, PaydayReport.com, we’ve created a strike tracker, and in the last month, there have been over 50 wildcat strikes. Last year was a record year for strikes, there were the most strikes in 15 years, and there weren’t 50 strikes. So to see this many strikes in less than a month says that something fundamentally is changing in the country. And that’s a big, big deal, especially with everything that’s happening around the debate about, how do we rebuild society in the wake of the Covid pandemic?

JJ: So when you say “wildcat strikes,” just for folks who don’t know, how does that differ? What kind of situation does that put workers in? What does that mean?

ME: A wildcat strike means that workers are walking off the job illegally. Under labor law, you can only walk off the job when your contract has expired. In a wildcat strike, though, workers simply say “no.” And they take a big risk. Unions can be sued. In some places, union leaders in the public sector can even be thrown in jail. So workers are literally risking their jobs, with no legal protections, to do this.

But not many people are getting fired right now. And a big reason for that is that frontline, essential workers are seen as heroes. And that type of energy is really going to change the conversation. Nobody really thought of grocery store workers as heroes before this. Now every chain is giving grocery store workers a $2 an hour raise. And after this is over, if grocery workers start going on strike, people are gonna remember that. And workers are going to remember the power and the strikes of this moment. So, while this is a really horrific, terrible moment, full of death, it’s an exciting moment, where workers are taking power back.

JJ: Absolutely. I just need to ask you: What’s your sense of what corporate media, elite media, are missing, or getting wrong, when they talk about these heroic workers, when these workers take power into their own hands?

ME: Often they’re not recognizing the organization involved in a lot of these efforts. In some places, it’ll happen that 20 or 30 workers call out sick, or workers simply walk off the job. But they’re not recognizing how much organizing goes into that. And some of that could be caused by the fact that reporters are doing a lot of this over the phone, and not actually going out and sitting down with folks. And also that, you know, a lot of reporters are slammed. But the bigger issue is that all of a sudden, every reporter in this country is a labor reporter.

ME: All of a sudden. And most people don’t have a lot of experience covering that, and it’s showing in some of the reporting.

JJ: Yeah, I actually wanted to ask you about that, because reporters need sources, of course; they need people to go on the record. And one thing that I hope is coming through in a lasting way is how difficult it is for workers, even high-status workers, like doctors or Navy captains, how hard it is made for them to speak out, and to talk about the conditions that they deal with. That’s a factor for journalists. And yet, you managed to get around it; you managed to get a story without, I think, asking someone to endanger themselves. So it really is about, I guess, putting in that work beforehand, right?

ME: It’s an issue of trust. People say, “How does a small outlet like Payday Record get people to talk?” You know, I’ve been covering the labor movement for 12 years now. My father’s a labor leader. I was a shop steward as well. And people know my reputation, so workers know they can trust me. But that trust isn’t always so easy to build, a lot of times; one of my girlfriends joked that being a labor reporter was like being in the mob, because I was always calling up people asking them to vouch for me. And this is true, and it’s a big issue that most workers are really scared to talk to the press, especially right now, when people are scared about how they’re going to keep their jobs.

JJ: Well, then folks will have heard about, for example, the Amazon worker who tried to speak up, and they leaked their PR document in which they laid out exactly how they were going to smear him, and to make him the “face” of the labor union movement, and talk about how he wasn’t very “articulate,” which, you know, he’s an African-American man. So the power differential between what the owners can bring to bear against workers—they got a much easier slide in the media than the workers themselves do. And journalists have to work to shift that balance, yeah?

ME: Yeah, I think you’re right about that. I mean, I was fired in a high-profile union drive at Politico. And some companies aren’t afraid of doing that. You know, people that head some of these big companies, all they care about is money. And if firing someone’s going to save them money, they might do it. But what we’re seeing is a lot of these products are consumer brands: Amazon, Instacart, Whole Foods.

ME: And people are gonna remember this. And I think alternatives might start emerging to some of this as a result. I mean, Amazon has been particularly dirty.

JJ: And I think we have to put those alternatives in front of folks. I think there can be a sense that it’s enough to just feel bad about it. And that’s not enough.

The other thing that’s big is meatpacking workers. You know, meatpackers work shoulder to  shoulder, and they all touch the same pieces of meat all day long. And it’s easy in that environment for disease to spread. I mean, we just see Albany, Georgia, city of 70,000, has the fourth-fastest community spread of any city in the country. And that’s a city that meatpacking is the biggest employer in town. Two meatpackers there have died. I think it’s linked to that.

If you look at Sioux Falls, South Dakota, there have been 300 positive tests for Covid in that town; 80 of them are workers at the meatpacking plant. So we’re really seeing the meatpackers and nursing assistants are really the folks that are the most exposed, and are the biggest sites of mass outbreaks. We’re looking at nursing homes that 100 people in a nursing home get Covid; it’s bad.

JJ: And we hope, of course, that it will continue to mean something for journalists, even when we’re not talking about a contagious disease—the fact that their conditions are difficult, are precarious, that that means they’re always that way, and we have to keep that alive, even when, hopefully, we come out the other side of this.

ME: Totally. I think this is starting to change the conversation, and it’s going to be interesting when this ends to see where it goes.

JJ: We’ve been speaking with Mike Elk. He’s senior labor reporter and founder of Payday Report, online at PaydayReport.com. Mike Elk, thank you so much for joining us this week on CounterSpin.