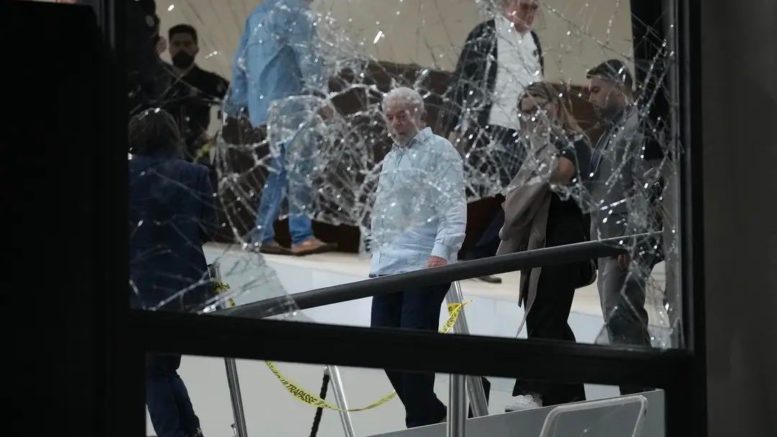 Greetings from the Burgh, where I am finally starting to regain my energy after two weeks of being sick.

I am still suffering from Long Covid, which makes me susceptible to illnesses and leads to high healthcare bills. We have raised $135 to pay off my $435 monthly healthcare premium.

Donate to help us meet our goal. Please, sign up as one of our 739 recurring donors today.

Already, President Lula has fired over 40 top military officials who allowed security breaches to happen during the attack on the Brazilian Congress on Jan. 8. Now, he has fired the Army’s top general, Júlio Cesar de Arruda. The Washington Post has the story:

The removal of Arruda came six days after The Washington Post reported that he had sought to protect rioters and supporters of defeated former president Jair Bolsonaro who were sheltering at a camp in front of army headquarters after storming and ransacking the presidential palace, the supreme court, and congress.

In addressing Arruda’s firing on Saturday evening, [Defense Minister], José Múcio suggested Arruda’s conduct on the night of Jan. 8 was one reason for Arruda’s dismissal.

“After these last episodes, the issue with the camps, the issue of Jan. 8, relations with the command of the Army suffered a fracture in the level of trust. And we needed to stop that right at the beginning,” Múcio told reporters in Brasília while standing next to Arruda’s replacement, Gen. Tomás Miguel Ribeiro Paiva.

After an eight-month-long strike, over 1,000 CNH workers in Iowa and Wisconsin, members of UAW have approved a tentative agreement. 62% of workers voted in favor of the contract.

The union did not release full details of the contract. However, in interviews with local media, workers acknowledged that while some got raises of as much as $ 3 an hour, they were forced to pay more for their healthcare.

For more on the strike settlement, check out this segment from KCRG.

BBC reporters may be the latest to join a massive wave of strike action dubbed the “Winter of Discontent”. BBC reporters say that proposed layoffs anger them.

A survey by the National Union of Journalists showed that approximately 80% of union members said they favor a strike. No formal strike date has been announced yet, but union leaders say it’s very likely.

“Strike action is inevitable,” one union leader told Deadline. “[The BBC concessions] sent members into a tailspin — I was livid.”

For more, check out Deadline.

Last year, the Florida legislature approved a measure that would increase the minimum wage to $ 15 an hour for all workers employed by nursing homes that received state Medicaid money.

However, many nursing homes are sidestepping the regulation by hiring nursing home workers as independent contractors. The regulation will likely be the subject of lawsuits and more legislative action. Unions in Florida say they will fight any attempt to dilute the regulations.

“People are leaving these facilities because they can go down the street and get more,” SEIU organizer Karen Scott told the Tampa Bay Times.

For more, check out the Tampa Bay Times.

Alright, folks, that’s all for today. Please donate to help me pay off the $435 healthcare premium. Please, sign up as one of our 740 recurring donors.