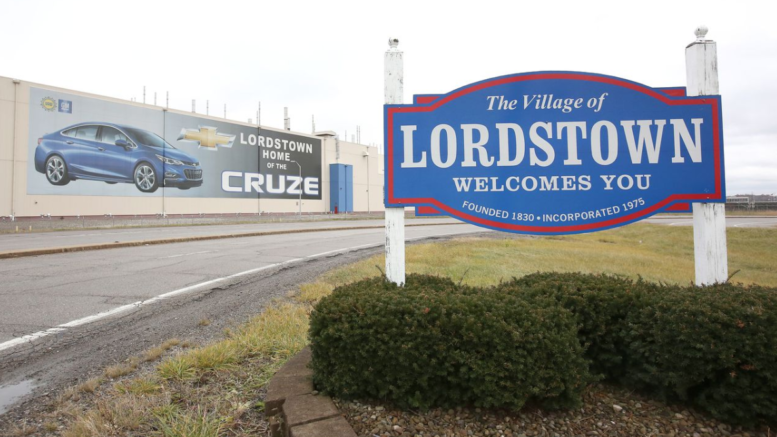 Greetings from the Burgh, where fundraising for our Brazilian presidential election coverage is off to a great start. So far, we’ve raised $387 today!

Donate to help us cover this crucial fight for Brazil’s democracy and workers’ rights.

By a 94% margin, over 800 workers at Ultium Cells Battery (the name of the new joint venture between GM & LG Energy) in the old Lordstown GM plant voted to strike this weekend if the company chooses not to recognize their union.

Previously, the Lordstown GM plant was shuttered in 2019, but now it’s partially reopened. Under GM nationwide contracts, unions are recognized after a majority of workers sign up.

But the GM-driven leadership of Ultium Battery is refusing to agree to automatically recognize a union, despite 85% of workers there signing cards to form a union.

Instead, Ultium is insisting that workers go through a long and often legally costly National Labor Relations Board election, signaling trouble for many trade unionists that Utium will play hardball with the union in their first contract negotiations.

In the past, GM has created shell companies or joint ventures to get out of union contracts. GM successfully did this in the late 1990s and early 2000s when they spun off many of their auto parts makers into Delphi. In the late 2000s, GM brought back many of the plants under the label of General Motors Holding Components and demanded that workers take a $6 an hour pay cut from what they were making when they were previously GM employees.

An early strike by UAW for union recognition could show their employers that workers also will strike for a good contract.

For more, check out The Vindicator.

Paid Sick Leave Key Sticking Point in Railroad Talks
Payday Report has learned from sources that the key sticking point in railroad contract talks right now — talks that could see 90,000 railroad workers strike on Friday — is the issue of paid sick leave. Currently, workers on the railroad are not guaranteed paid sick leave.

Union officials are pushing a proposal to guarantee that workers are at least allowed the right to have paid leave when visiting the doctor. However, the railroads have yet to agree to the provision, and it remains unclear if they will.

Payday will update as we learn more.

For the latest background on the contract talks, check out the Washington Post.

Tentative Deal Ends 6,000 Seattle Teachers Strike
In Seattle, a tentative agreement has been reached to end a nearly week-long strike of teachers. The contract details have yet to be released and are awaiting ratification by the membership. However, the leadership of the Seattle Education Association celebrated the tentative agreement as a victory.

“We stuck together, made our strength and unity known, and our action worked,” the Seattle Education Association said in a statement. “Our solidarity on the picket lines and the enormous community support we received made all the difference.”

For more on the strike, check out ABC.

Yesterday, the Department of Labor’s (DOL) Office of Labor-Management Standard (OLMS) proposed a rule that would require companies engaged in persuader activity — a.k.a. union busting — to disclose whether they are a federal contractor.

Companies that hire consultants to dissuade workers from organizing have to file a form called the LM-10 with the DOL. If the proposal goes through, companies will state if they’re federal contractors or subcontractors.

Currently, they only have to disclose who they hired, how much was paid to these consultants, and what the consultants did, although much of the information is usually missing, as Payday’s Rachel Phua wrote in The American Prospect.

The new rule could be part of reforms the OLMS is trying to implement to ensure companies file on time with all the necessary information.

But creating the rule is one thing — the agency must enforce it. “Many of the reporting laws already on the books aren’t being enforced or followed,” Funk said. “The administration needs to dedicate more resources to reviewing these legally required filings and should start prosecuting those that violate transparency laws.”

Overworked Alexandria Firefighters Struggle to Negotiate First Contract
Last year, Virginia granted municipal employees the right to collectively bargain. Now, firefighters in Alexandria say they are struggling to negotiate the first contract because they are being forced to work so much.
ALXnow has the story:

It’s been nearly two months since the International Association of Firefighters Local 2141 tweeted about staff holdovers or equipment failure. For years the union has alerted the public of major outstanding issues, but their silence isn’t because things are getting better.

During the week of July 4, Turner worked more than 100 hours straight, in addition to leading the union’s collective bargaining negotiating team.

Turner and his team are working with the city to hammer out a collective bargaining agreement by mid-November — just before the first City Council budget retreat.

“There’s a lot going on here,” said Union President Captain Josh Turner. “Everybody on the on the union side of negotiation team already works a 56-hour work week, and we continue to have staffing issues.”

For more, check out ALXnow.

Alright, folks, that’s all for today. Donate to help us cover this crucial presidential election in Brasil. Please, if you can, sign up as one of our 724 recurring donors today.