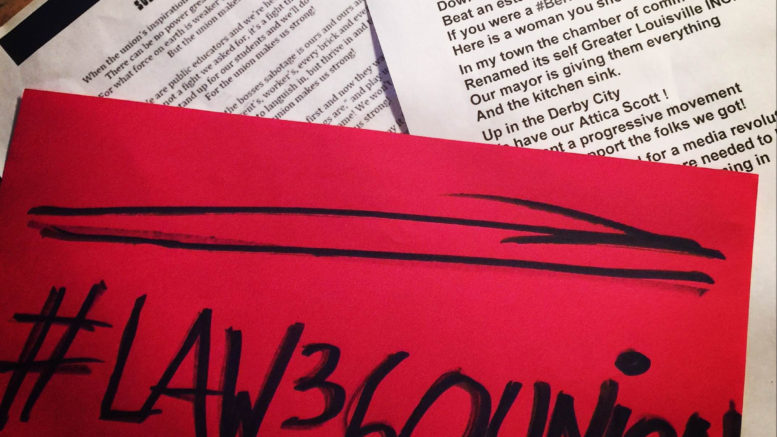 JP shares two of his original progressive songs, which address the difficulty of union and political poly ticks: “Singing to the Choir,” written for the Sandy Pope union campaign, but now sung for the Teamsters United Slate, and a song written for the Khristy Wilkinson campaign in Chattanooga, Tennessee. JP also covers the classic “Solidarity Forever,” rewritten for a CTU campaign in 2015. This version goes out to public school teachers in Louisville, Kentucky and the Chicago Teachers Union.