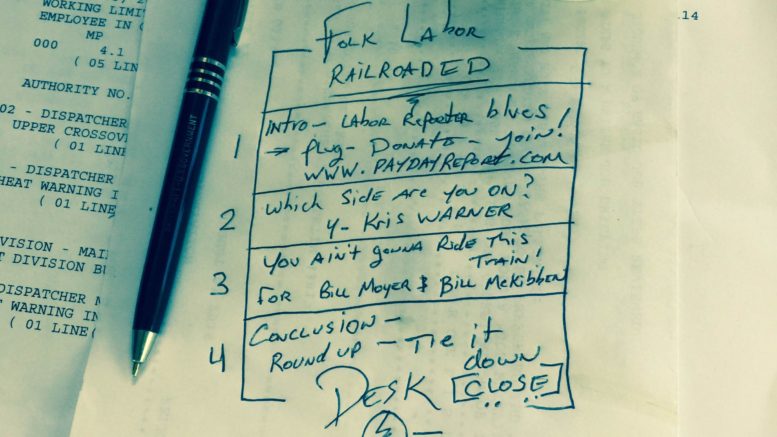 This episode of the Folk Labor Desk is a special episode made while JP laid over at his away-from-home terminal in Nashville, TN. It features poetry about contemporary life on the railroad from a fellow locomotive engineer, Cary Depew, as well as the classic union song “Which Side Are You On?” written by Florence Reece. It also includes an original song, “You Ain’t Gonna Ride This Train,” to frame a commentary about the bust economy affecting workers and communities in the Appalachian coal-producing regions of Kentucky, Tennessee, and West Virginia.

Be the first to comment on "JP Covers “Which Side Are You On?” and Dedicates a Song to Bill Moyer and Bill McKibben"