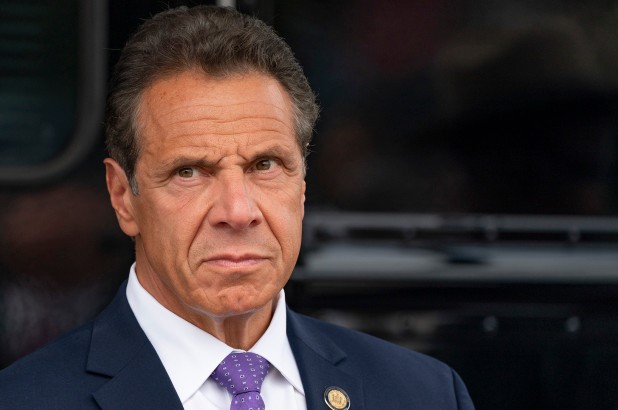 Yesterday, New York Governor Andrew Cuomo signed a bill that would grant unemployment benefits insurance to striking workers after being on strike for two weeks. The bill signing comes after Governor Cuomo’s top spokesperson got in a high-profile fight with Payday Report over reports that he was refusing to sign the bill, which would have helped GM workers on strike this past fall.

In October, Payday Report broke the story of how New York Governor Andrew Cuomo was refusing to sign a bill that would grant strikers’ the right to unemployment insurance after being on strike for only a week.

Payday Report exposed how despite lobbying from the UAW telling Cuomo that extending benefits was crucial for 3,400 GM workers out on strike this fall, Cuomo still refused to sign the bill.

When news of Payday Report’s story broke, Cuomo’s Cuomo’s senior advisor and spokesman Rich Azzopardi went ballistic, telling the Albany Times-Union that Payday Report is “a piece of garbage” that “is not worth the server storage it’s taking up.”

The comments created a public uproar and were later picked up by the New York Daily News; helping to create additional public pressure for Cuomo to get something done on extending unemployment benefits to striking workers.

Yesterday, Cuomo signed a bill granting striking workers the right to collect unemployment benefits after being on strike for only two weeks.

“This a huge victory for unionized workers who until now had to endure an incredible hardship by waiting seven weeks to claim unemployment benefits,” said New York State AFL-CIO President Mario Cilento in a statement.

Be the first to comment on "IMPACT: Cuomo Grants Unemployment Insurance to Striking Workers"