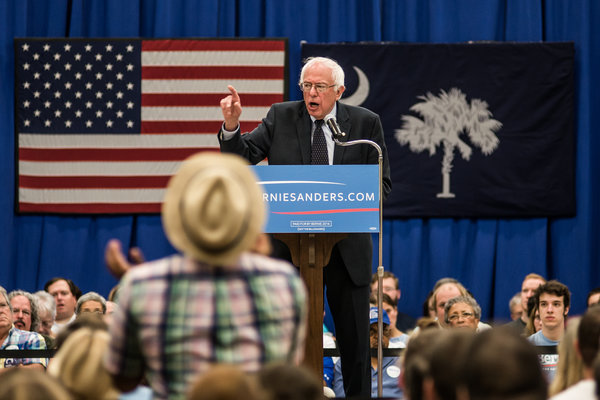 Payday was founded during the 2016 Primary Campaign while I was living in Chattanooga. I watched as Bernie suffered a body blow throughout the South on Super Tuesday.

This time around, Bernie’s chances look a lot better in the South. A big win in the South in several states in the South could give Bernie momentum to win the nomination.

Zach Roberts, who did the camera work on our GM strike coverage, and I are gonna fly down to Charleston, South Carolina. Voters there are set to vote there on February 29th.

We are gonna talk to teachers, who struck for the first time ever last year in South Carolina. Dockworkers in Charleston and medical workers at the Medical University of South Carolina, who have been struggling for collective bargaining rights for nearly 50 years

Then, we are gonna go into North Carolina, where Bernie is hoping for a win in the South.

From there, we are going into Tennessee then down in Alabama. All of which are set to vote on Super Tuesday, March 3rd.

During the GM strike, Zach and I filed 28 stories and 31 videos during 40 days of coverage from 5 different states.  This time around, we hope to do the same and if we can raise enough money, we may stay on the road longer to keep covering the primary.

Be the first to comment on "Help Us Cover Bernie in S.C. & Super Tuesday in the South"